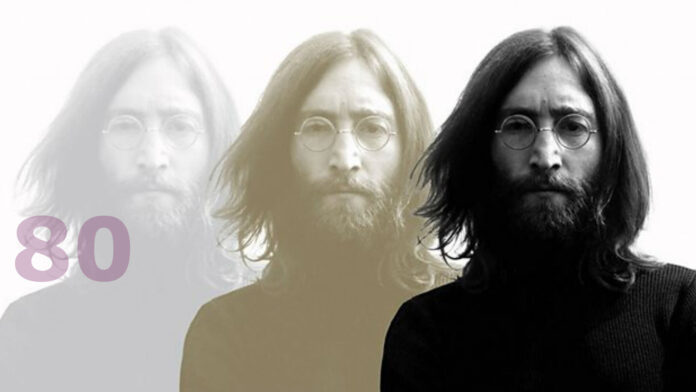 The show marks what would have been John Lennon’s 80th birthday. It will be broadcast on Saturday 3 and Sunday 4 October, 9-10pm.

Another special, John Lennon At The BBC, brings together from the archive classic performances and interviews (Sunday 4 October, 7-9pm). All programmes will be broadcast on Radio 2 and BBC Sounds; they’ll also be available to listen to again on BBC Sounds for 30 days.

Additionally, each of the conversations Sean has with Julian, Paul and Elton will be available in full on BBC Sounds; after John Lennon At 80 has been broadcast.

John Lennon would have turned 80 years old on Friday 9 October. Hosted by his youngest son Sean in his first ever radio show about his father, this is a celebratory, musical, family portrait of the legendary musician.

It sheds fresh light on John’s remarkable life in music; one which created some of the most important musical milestones of the 20th Century. It also delves deep into his incredible back catalogue.

Each of the hour-long programmes journey through his incomparable and prolific musical life as a Beatle, as a solo artist, with Yoko Ono, and as a collaborator.

Sean, in conversation with his older brother Julian, bring their unique insights as John’s sons; sharing their thoughts and recollections about their father’s compositions and significant moments.

This is the first time the brothers have ever spoken publicly together about their memories of their dad, and the first time Sean has talked about John publicly with his fellow Beatle and song-writing partner, Paul McCartney, and Sean’s godfather, Elton John.

The programmes will be made by independent production company, Listen.

Helen Thomas, Head of Station, Radio 2, says: “John Lennon is one of the Radio 2 audience’s most popular and best loved musicians.

“We’re thrilled and honoured that Sean’s first ever radio programme in which he talks at length about his father; alongside his brother Julian, Paul McCartney and Elton John, will be broadcast on our network.”