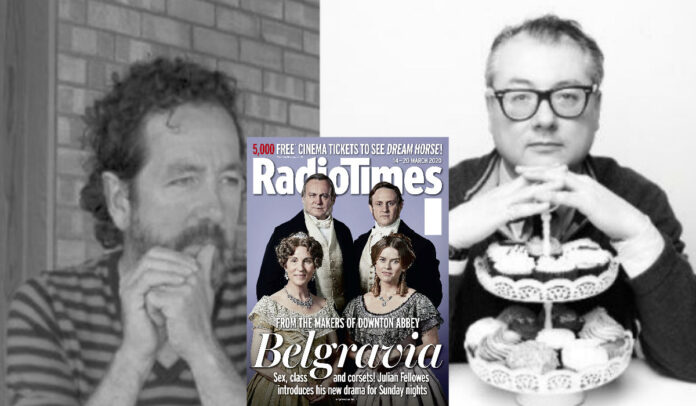 “Radio Times is the UK’s biggest and most successful magazine brand and one in which we see huge potential for continued growth”, Tom Bureau, Immediate Media CEO, said.

“Having worked with Tom and Shem since we formed Immediate, I know the wealth of expertise they will bring to the editor’s role, they both intrinsically understand Radio Times, its heritage, growing audience and the opportunities for future development.”

Loxley has been the title’s Executive Editor since 2012, after joining the title in 2007, he has was previously Editor of Maxim, as well as other senior roles in magazines and newspapers.

He’s also Executive Editor of the BFI & Radio Times Television Festival, the UK’s biggest and most prestigious TV festival, which returns for the third time in April 2020.

Law joined the magazine as Art Director in 2001 and has also held the position of Deputy Editor since 2007.

Prior to this Law had a number of senior design positions on magazine and newspaper titles, including The Observer, Daily Express, Daily Mail, Q and Allure and Seventeen in New York.

Kathy Day, Radio Times Managing Director, said: “I am delighted to that Shem and Tom have been appointed joint editors of Radio Times magazine.

“They are both highly experienced operators and they share a passion for broadcast content, and for Radio Times.

“Their combined contact books are a Who’s Who of the TV industry. With the explosion of quality content across radio, TV, podcasts and streaming, and with their phenomenal team behind them, I am confident that Shem and Tom will continue to drive the extraordinary success of the UK’s best-selling quality magazine.”

The weekly title is the UK’s leading voice of television and radio, across print, digital and live events.

In print, it is the UK’s highest-selling quality magazine and the most profitable. The title’s website is the fastest growing dedicated TV and entertainment site in the UK, reaching over 18 million users a month.