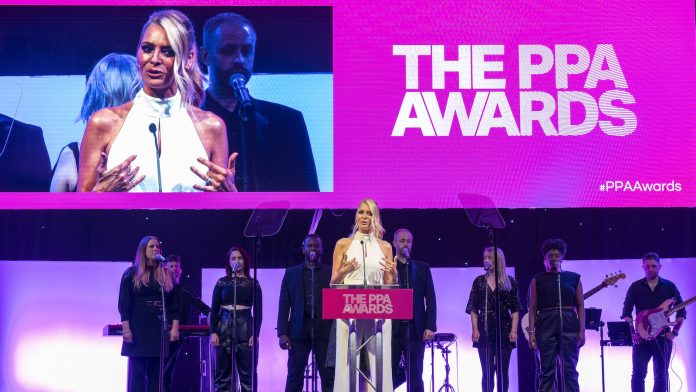 Hosted by TV presenter Tess Daly, the industry celebrated the achievements of editors, their teams and the organisations that drive the sector.

The awards recognise winners in 28 categories, showcasing the best of the industry, from the writers and designers to those spearheading change and challenging the status quo in core areas of sustainability and diversity and inclusion.

PPA CEO Saj Merali said: “Last night was a celebration of the ingenuity, creativity and forward-thinking initiatives that are driving the success of this industry.

“I’d like to congratulate the shortlisted entries and the winners, who represent a cross section of specialist interest and multi-platform media on setting the benchmark of excellence so high.

“We have an exciting future ahead of us.”

Category sponsored by AND

Industry Partner of the Year: Marketforce

Podcast of the Year: The Plodcast, BBC Countryfile Magazine, Our Media

Children’s Magazine of the Year: The Week Junior, Future

Commercial Partnership of the Year: The Big Issue together with O2: The National Databank Partnership

Subscriptions Strategy of the Year: A Subscriptions Workout: Strengthening our Core and Stretching, Hearst UK

Cover of the Year