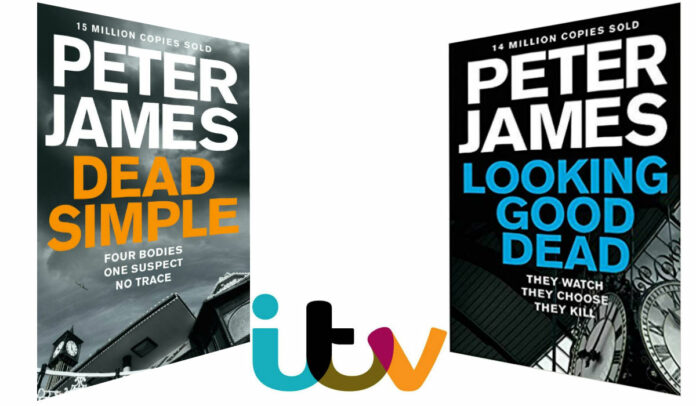 ITV has commissioned an adaptation of the Roy Grace crime novels by writer Peter James.

The series of adaptations will star Doctor Who? and The Catch actor John Simm in the lead role as the tenacious detective.

Entitled Grace, the 2 x 120 screenplays will narrate the first two stories in the series, Dead Simple and Looking Good Dead, which introduced Brighton based Detective Superintendent Roy Grace, a hard-working police officer who has given his life to the job.

He’s fixated by the disappearance of his beloved wife, Sandy, which haunts his thoughts. He’s in the last chance saloon running enquiries into long forgotten cold cases with little prospect of success.

Following another reprimand for his unorthodox police methods, Grace is walking a career tightrope and risks being moved from the job he loves most.

With so much at stake, his colleague Detective Sergeant Glenn Branson knows he has more to give and asks him for help with a case.

When a stag night prank appears to go wrong and the groom goes missing, Branson calls upon Grace to unravel events that led to the mysterious disappearance three days before his wedding to his beautiful fiancé.

A successful property developer with everything to live for, there is no trace of the missing groom.  Is this a case of stag night shenanigans gone badly awry? Or is this something more sinister?

With nothing but instinct, a lingering suspicion and his obsessive nature, Grace doggedly pursues the groom’s disappearance and becomes uneasily close to the bride to be….

Grace will begin filming in Brighton during the early months of 2020 with executive producers Andrew O’Connor and Paul Sandler for Second Act Productions, Patrick Schweitzer for Tall Story Pictures, Michael Vine for Vaudeville Productions, and Russell Lewis and Peter James.

The first film, Dead Simple, will be directed by John Alexander (Belgravia, Trust Me, Jamestown) with the second film, Looking Good Dead, directed by Julia Ford (Sticks and Stones, The Bay II, Safe).

Part of ITV Studios, Second Act Productions was created in 2015 by Andrew O’Connor and Paul Sandler to focus primarily on scripted comedy and entertainment commissions.

Grace is the company’s first scripted drama commission for ITV.

“Each story is a fantastic, hair-raising, twisting, switch-back of a roller-coaster ride that grips the reader from first to last, and the opportunity to translate that best-selling magic to television is like all one’s Christmases and birthdays come at once.

“As his millions of fans and admirers are well aware, Peter’s meticulous research and eye for detail is the stuff of legend.

“His long established, close relationship with the police, taken together with a knowledge of Brighton and the South Coast that is the sole preserve of the born and bred lends his stories an unimpeachable veracity of place and procedure.

“That John Simm will be breathing flesh to the bones of Roy Grace really is the cherry on a dark, and troublingly encrimsoned cake…”