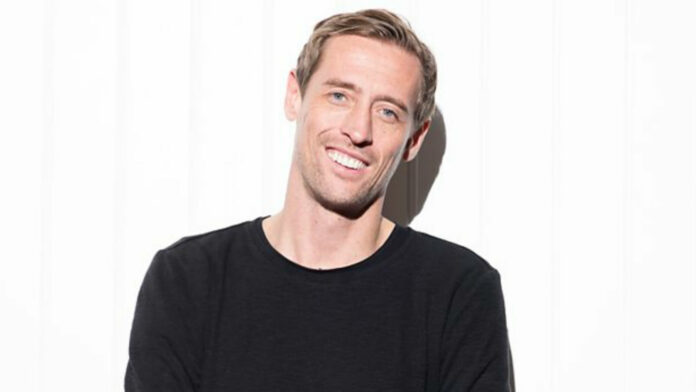 Made by Fulwell 73, Crouch’s Euro Fest 2020 (14×45′) will be a live post-match festival where the worlds of comedy, entertainment and football combine.

In each episode, Peter will be joined by a team of hosts and celebrity guests as they look back at the big game of the night with a humorous twist, combined with live house band, games, VTs, outrageous surprises and much more.

Filmed live in front of an audience of football fanatics, this is the show where anything can happen, and probably will.

“I’m absolutely thrilled to be working with the BBC and can’t quite believe this is happening”, said Crouch.

“All I did was dance like a robot 13 years ago and now I’ve got my own actual TV show! I can’t wait for Euro 2020 and for football fever to grip the nation!”

“It’s fun, irreverent and most importantly about the beautiful game – football. Led by the brilliant Peter Crouch, it’s an ideal show for BBC One and we’re looking forward to unveiling the other names on the team sheet as soon as possible.

“Hopefully England, Wales and the other home nations who qualify will have great tournaments, and Crouch’s Euro Fest 2020 will be the home for all the Euro celebrations.”

Charlotte Moore, Director BBC Content said: “Peter Crouch’s new show will make unmissable viewing this summer on BBC One with his very own festival that will bring the nation together to celebrate the Euros.”

As well as all this, Peter is the first member of BBC Sport’s UEFA Euro 2020 line-up to be announced and will be seen over the summer offering his expert opinion on various games across the competition and That Peter Crouch Podcast is set to return to BBC Sounds and BBC Radio 5 live for a third series in early 2020.

The Executive Producer for Fulwell73 is Gabe Turner and the Commissioning Editor for the BBC is Rachel Ashdown.

Further team news about who will be joining Peter on the show as regular co-hosts each night is set to follow in due course.

2020 marks the 60th Birthday of the competition, and as such will be held in 12 cities in 12 European countries from 12 June, with the final taking place at Wembley Stadium on 12 July 2020.