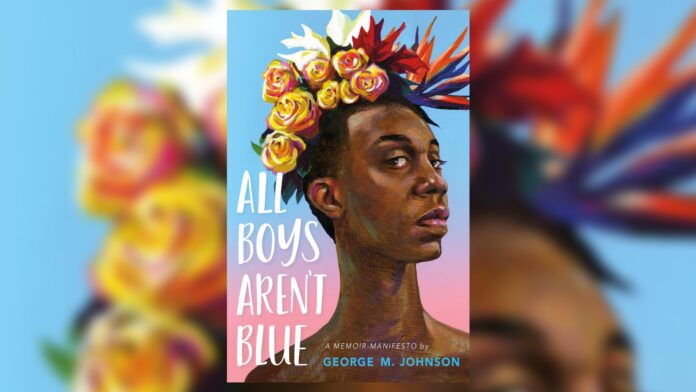 The title is a series of personal essays exploring Johnson’s childhood, adolescence, and college years growing up under the duality of being Black and queer.

All Boys Aren’t Blue is due to be released in paperback, eBook and audiobook in March 2021. From memories of getting their teeth kicked out by bullies at age five, to their loving relationship with their grandmother, to their first sexual relationship, in All Boy’s Aren’t Blue George M. Johnson weaves a rich tapestry of experiences both every day and extraordinary.

Described by The New York Times as ‘an exuberant, unapologetic memoir infused with a deep but clear-eyed love for its subjects’ and optioned for television by actress, activist and author Gabrielle Union, All Boy’s Aren’t Blue is both a primer for teens eager to be allies as well as a reassuring testimony for young queer men of colour.

“The inspiration behind this book was not wanting another young black queer kid to have to go through the same things that I went through”, George M. Johnson said.

“I grew up not seeing stories about myself and not seeing myself represented on television or in my daily life.

“When you don’t see those things you tend to navigate spaces with no direction. Making many errors along the way that could have otherwise been prevented.

“Black queer People have always existed but have not been properly allowed to tell their stories. I wanted people to know our story and its totality.

“I also think it is important for those who are heterosexual that live with and around us to know how they play a role in our oppression and fully understand that it is on them to end systems that harm us while creating a safe space for us to operate in society as they do.

“For the UK audience, I hope they see how racism, anti-blackness and homophobia are globally indoctrinated into our ways of life.

“That although these isms and phobias may “look different” depending on where you live, they all still work together to uphold the entire oppressive system.

“George’s engaging, life-affirming and powerful memoir brilliantly explores their experience of being black and queer. I’m delighted that we are able to shine a light on a subject that is rarely represented in UK publishing and to introduce you to an immense new talent in YA.

“This is a book that celebrates the ways in which the everyday can be extraordinary and will change the way you look at the world.”

George M. Johnson is a writer and activist based in New York. They have written on race, gender, sex, and culture for Essence, the Advocate, BuzzFeed News, Teen Vogue, and more than forty other national publications.