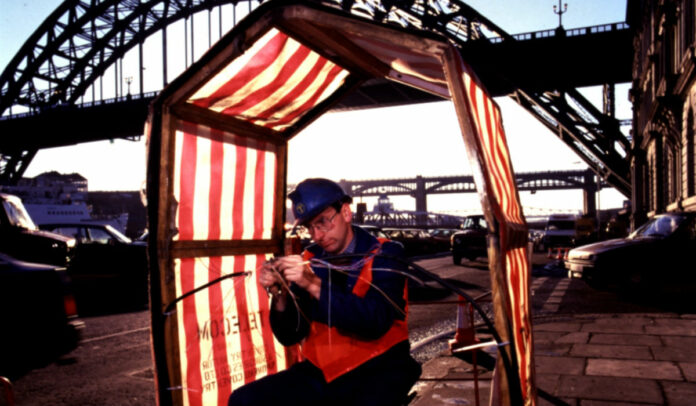 UK communications regulator Ofcom has announced plans to supercharge the rollout of fibre broadband for homes and businesses.

As demand for internet data accelerates, the UK’s infrastructure needs to be upgraded.

Full-fibre broadband connections can deliver much faster speeds than copper – up to one gigabit per second.

They’re also up to five times more reliable, and less likely to slow down a peak times.

So today Ofcom is proposing new, flexible regulation to help fuel a full-fibre future for the entire nation.

Having a choice of networks has delivered significant benefits to people, such as innovation, better services and competitive prices.

In 2017, Ofcom set out pro-investment measures that kickstarted full fibre rollout by a range of broadband companies. Since then, full fibre coverage has trebled.

The regulator’s building on that momentum with proposals to transform the case for fibre investment for towns, cities and villages.

Next year, Ofcom plans to vary its regulation for different parts of the country. This, combined with the Government’s planned £5bn funding for rural areas – will help ensure nobody gets left behind.

It’s already made it cheaper, quicker and easier for BT’s rivals to lay fibre cables by giving them better and cheaper access to Openreach’s underground pipes and telegraph poles.

Several firms are now using this to connect thousands of properties without having to dig up streets multiple times.

Ofcom has released a four-point plan in its initiative to deliver fibre. Here are the details:

In more urban areas, where there is likely to be a choice of networks, Ofcom will set Openreach’s wholesale prices in a way that encourages competition from new networks, as well as investment by Openreach – by giving it the opportunity to make a fair return.

To prevent Openreach from harming competition, it would be restricted from being able to offer discounts that could stifle investment by its rivals.

In more sparsely-populated rural areas, where there is no prospect of multiple networks being built, Ofcom plans to support investment by Openreach – the only operator with a large-scale rural network.

Public funding will also be vital in connecting rural areas, the regulator said. The UK Government is planning to invest £5bn to reach the most challenging 20% of the UK and it is are working closely with Government on its plans for this.

Ofcom said it recognises that Openreach needs to retire its ageing copper wires so it does not have the unnecessary costs of running two parallel networks.

The regulator will remove regulation on Openreach’s copper products in areas where full fibre is built. This will support Openreach in switching customers over to the new fibre network.

“We’re removing the remaining roadblocks to investment and supporting competition, so companies can build the networks that will drive the UK into the digital fast lane.

“Full-fibre broadband is much faster and more reliable. It’s vital that people and businesses everywhere – whether in rural areas, smaller towns or cities – can enjoy these benefits.

“So we’re making sure companies have the right incentives to accelerate full fibre to every part of the UK.”

Ofcom has also today set out how it intends to regulate Openreach’s ‘leased lines’ – high-speed connections used by large organisations, which also form the data highways of the UK’s mobile and broadband networks.

Similar to its approach for broadband, Ofcom plans to vary our regulation depending on the level of current or potential competition in a given area.

This would involve Openreach having to provide companies with access to its ‘dark fibre’ – cables that are ‘lit’ by competitors – in non-competitive areas, at a price that reflects its costs.

This would significantly reduce the cost for mobile operators to roll out their new 5G networks.