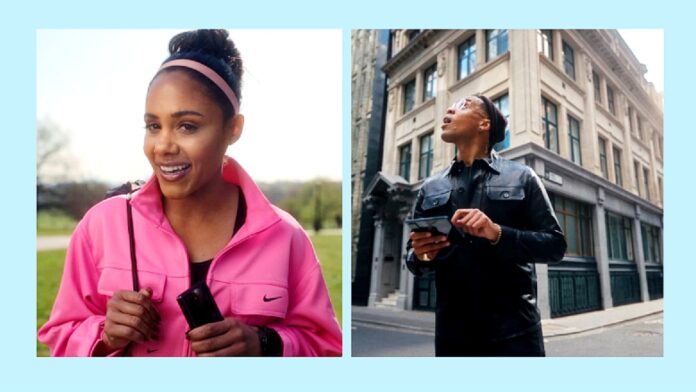 Odelay Films has shared two new films by Lu, one of its directors, for the Samsung Galaxy Z Fold 2 5G.

Both films showcase new features that allow multitasking while on the move.

Designed and built in collaboration with EE the phone’s developed features have been cleverly designed to accommodate those with busy schedules, making their lives easier, faster and more manageable.

The adaptable device aids Reggie in all aspects of his daily life. From keeping up to date with TV projects to filming his workouts and pairing with his Samsung Galaxy Watch 3.

Working together he can clearly monitor his performance, calorie intake and heart rate.

The superior camera manages to capture the most inspiring of details allowing Reggie to be prepared for anything and everything.

Alex Scott MBE shared how the flexibility of the phone allows her to be prepared for whatever life throws her way.

Each day presents a new challenge or role. So while on set the unfolded phone makes taking notes really simple and, when on the go, Alex can watch the latest football match and make comments simultaneously.

In her downtime the phone’s ability to stand both vertically and horizontally means Alex can follow workouts online without having to hold or balance her phone precariously.

“It is a privilege to meet and direct inspirational talent like Reggie Yates and Alex Scott,” said Lu.

“The process of collaborating with such a brilliantly talented team of creatives from RAPP agency to achieve this was absolutely amazing.

“Thank you so much to the passionate and talented crew who put their hard work into this project. Look forward to the next one!”.