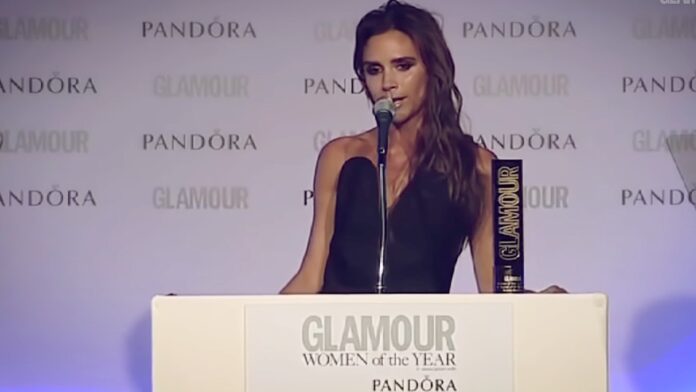 Glamour’s awards winners film was shot both virtually and on location due to the global pandemic.

George was selected by Glamour to create the inspiring film that features 20 game-changing women from across the globe and indeed their man of the year, Marcus Rashford.

George’s varied career made her the ideal choice as her past includes her time working as a writer, actor and comedian. It was a personal highlight for her to collaborate with the film’s host Katherine Ryan.

Due to coronavirus restrictions and the location of those celebrated many of the films were shot virtually with Hannah directing the winners from home.

However, she was able to write and direct a number of the films on location. These include the wonderful film starring model Ellie Goldstein and the winners of this year’s ‘Music Gamechangers’ award Little Mix, who were filmed and interviewed for the first time as a trio.

What originated as a small winners film grew into a huge undertaking as each interview required an enormous input from both George and her production team.

The final result is a 51 minute piece that recognises 20 game-changers across the beauty, entertainment, sports, wellness, charity, and fashion industries.

Each has not only excelled in their respective fields, but have used activism and empowerment for the greater good.

“GLAMOUR has been an amazing ride and I am hugely grateful to both the teams at the magazine and Odelay for everyone’s hard work and support every step of the way”, said George.

“We took a 25/75 split across us filming the winners in a normal production environment and them self-shooting – plus the host shoot.

“Every film had its own individual personality that complemented the winner and I made the decision to treat the self-shot ones like content you would see on the Glamour IG to bring them under the brand umbrella.

“Then there was working with Katherine Ryan on the script and shoot which was a dream come true – she is incredible to work with.

“The idea to have ‘The Katherines’ was developed to show the two sides of us that we’ve all experienced during the pandemic: the one that gets dressed up to walk the dog and the one who has lived in PJs for the past year.

“Had you told me that this year I would have gone from making a 5-minute film to a 50-minute one, I’d probably have laughed. But I guess everyone’s career is full of moments like that – you never know what’s coming and you embrace whatever is around the next corner.”

Of the awards Deborah Joseph, Editor-in-Chief of GLAMOUR UK said: “This year is the 20th Anniversary of GLAMOUR UK and what better way to mark the occasion than with the return of the much-loved GLAMOUR Women of the Year Awards?

Taking place during the week of International Women’s Day is the perfect timing as we reflect on 20 years of GLAMOUR UK – inspiring and empowering its readers to strive for equality and success in everything they do.

“In a year of great change, we are thrilled to be celebrating those who have incited change, not only in their chosen fields, but also on the world stage: altering the conversation through activism and empowerment.

Why green ads need their own proof points

The digital divide: How brands can build back better post-pandemic