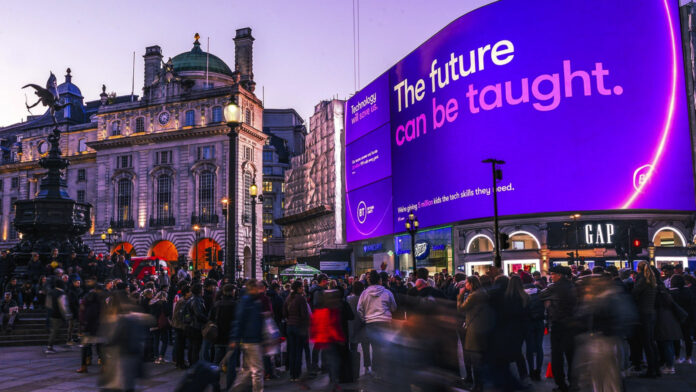 Digital out of home advertising specialist Ocean Outdoor has reported a 12% rise in revenue to £29m in the third quarter of the year.

In its latest trading update, Ocean said the strong performance was in line with expectations and included pro forma sales from Swedish media and tech group, Visual Art, which the firm acquired earlier this year.

Ocean, which operates premium Digital Out-of-Home (“DOOH”) advertising in the United Kingdom, the Netherlands, the Nordics and Germany, also noted its exclusive partnership signed during the third quarter with the UK’s largest commercial broadcaster ITV, to broadcast live content and highlight packages from the Rugby World Cup 2019.

The company also invested in two new neuroscience studies to further showcase the effectiveness of DOOH as an advertising medium.

The integration of Visual Art is progressing well, the company said and the group has a clear strategy in place to enhance its digital portfolio in the highly attractive geographies in which it operates.

There were notable campaigns and collaborations during the quarter with Team GB and Toyota GB working with Ocean to deliver an out-of-home fitness campaign, The People’s Moon, which celebrated the 50th Anniversary of the Apollo 11 moon landing, and an exclusive broadcast partnership with ITV to broadcast highlights and live England games from the Rugby World Cup.

Such high profile campaigns reaffirm the stature of Ocean’s iconic sites and the high impact they have on audiences.

“We are pleased with Q3 trading across the Group. In the UK, Piccadilly Lights has enjoyed a robust quarter and introduced some quality new brands to the sector”, said Ocean CEO Tim Bleakley.

“The performance of the Dutch business has been strong and the progress the teams have made with the launch of Ocean Netherlands is particularly encouraging.

“Visual Art is a great new addition to the Group and the integration process is on track.

“Despite  political uncertainty in the UK, the advertising market has held up reasonably well and the out-of-home market continues to outperform traditional media.”