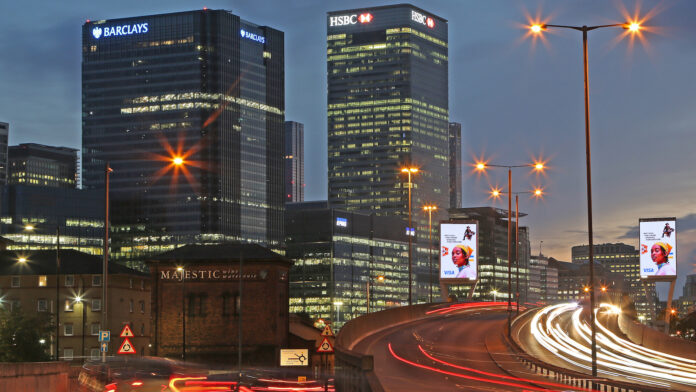 UK outdoor ads specialist Ocean Outdoor has announced a £7m deal with European malls operator URW on the same day it also announced a narrowing of losses and an 11.23% jump in revenue to £40.6m for the half year.

The results come as it announced that Unibail-Rodamco-Westfield (URW) has appointed it as strategic media partner for Westfield Fisketorvet, Copenhagen’s premium shopping, dining and leisure destination.

The seven year contract was awarded to Ocean following a competitive pitch. The contract, which was previously held by a key competitor, has a lifetime value of £7 million.

Ocean said the deal expands its premium digital out of home portfolio to 24 European URW shopping malls, including Westfield Mall of the Netherlands, Westfield Mall of Scandinavia, and the exclusive external rights to two of the other largest flagship destinations in Europe – Westfield London and Westfield Stratford City in the UK.

The planned development of Westfield Fisketorvet by URW over the next two years will bring the centre in line with its European counterparts, growing footfall from 8.2 million to 11 million in the next five years.

Ocean will develop the in-mall experience via a network of 25 digital screens and a new spectacular double-sided screen.

The exterior of Westfield Fisketorvet will be enhanced with a second state of the art external full motion screen.

This win strengthens Ocean Denmark market leading position as the number one operator of digital out of home in shopping centres, providing cover in 31 malls. It augments the recent success of Ocean Denmark in winning key contracts from competitors, the firm said.

This includes the Danske shopping centre network, alongside an exclusive experiential rights contract recently awarded by DEAS, covering 39 event areas across 18 malls, which paves the way for the Group’s Ocean Labs technology to be rolled out across the country.

Chris Lynham, head of media and client operations, UK and Europe, URW said: “Ocean Outdoor is URW’s number one media partner by revenue in Europe and we are delighted to extend our partnership to Fisketorvet Copenhagen Mall.

“Ocean’s understanding of our audience and clarity of premium positioning in the market place has been integral to the success that has seen our relationship extend to five countries having started in Westfield London in 2008.

“Ocean’s bold, innovative campaigns have become an integral part of the customer experience across our portfolio and we are looking forward to seeing the journey continue at Fisketorvet.”

Stephen Joseph, Ocean COO & CFO,  said: “The addition of Westfield Fisketorvet to our retail portfolio positions Ocean as the leading provider of digital out of home experiences in Denmark, a relatively new category which will build audience engagement as restrictions ease and people return to out of home shopping environments.

“Westfield Fisketorvet is set to transform the country’s retail experience and Ocean looks forward to playing our part in partnership with URW.”

Ocean Denmark managing director Pia Petersen said: “Ocean and Ocean Labs are at the forefront of developing exceptional DOOH experiences which harness real time data to serve the right content to the right audience at the right time.

“Westfield Fisketorvet will transform the country’s retail experience and we look forward to playing our part in partnership with URW.”

With more than 100 shops, restaurants and a cinema, Westfield Fisketorvet is a central destination for many ‘Copenhageners’.

The shopping centre is one of the country’s largest with up to 8.6 million visitors annually (pre pandemic footfall).

Shares in the outdoor ads firm were unchanged at $8.88 in London on Tuesday morning. The firm’s shares are listed in US dollars and have risen more than 20 since the start of the year.