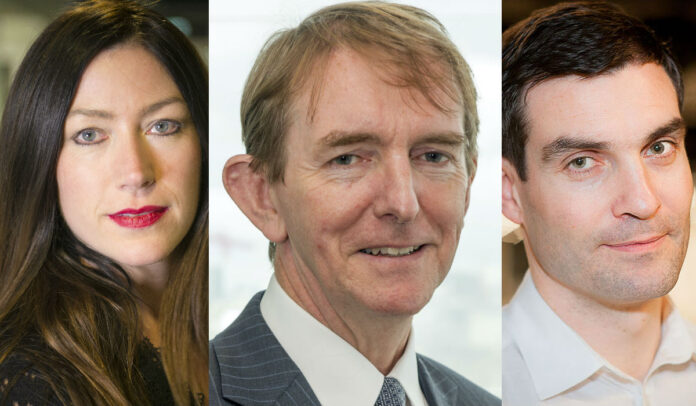 News UK has announced a number of senior editorial changes at both The Sun and The Times, which it owns.

Tony Gallagher (centre, main photo) has been appointed deputy editor of The Times. He steps as editor in chief of The Sun after four years.

Victoria Newton (left, main photo), currently editor of The Sun on Sunday, is appointed editor in chief of The Sun.

Keith Poole (right, main photo), currently digital editor of The Sun, is appointed deputy editor in chief of The Sun.

Gallagher will edit his final edition of The Sun on Friday. Each will commence their new roles on Monday 10 February.

Rupert Murdoch, executive chairman, News Corp said: “As editor of The Sun, Tony Gallagher has expertly steered the paper through two elections and the many dimensions of Brexit, ensuring that the news is always engaging and relevant for our readers.

“He is a newsman to his core and has edited with conviction, skill and energy. His experience across Fleet St titles will be an asset to The Times.”

Robert Thomson, chief executive, News Corp said: “Tony is one of the great British journalists, with an extraordinary record of leadership.

“He has edited The Sun with integrity, creativity and aplomb. His vast experience and incisive intelligence and boundless energy will be real assets at The Times.

Rebekah Brooks, CEO, News UK said: “I would like to thank Tony for his time as editor in chief of The Sun.

“Over the last four years, Tony has shown commitment and passion; editing through an exceptional news agenda and the paper’s 50th anniversary.

“He joins John Witherow on The Times where they will make a formidable team.”

John Witherow, editor of The Times said: “Tony is a newshound and one of the most dextrous and skilled editors in the trade.

“I am delighted to appoint him as my deputy and look forward to working with him.”

Commenting on his new role Gallagher said: “It’s been the honour of a lifetime to edit The Sun. A great privilege to work alongside its outstanding staff.

“I am hugely grateful to Rupert, Robert and Rebekah for their incredible support and am delighted to be joining The Times, the first paper I subscribed to as a child.”

Victoria Newton started at The Sun over 20 years ago. She has held a variety of roles including editor of Bizarre and Saturday editor.

She has been editor of The Sun on Sunday since 2013. Keith Poole joined The Sun as digital editor in 2016 at the point the paywall was taken down.

The site has subsequently become the number one commercial news website in the UK.

The appointments herald the next chapter in the evolution of Britain’s biggest news brand.

Commenting on Newton’s new role, Murdoch said: “Victoria Newton has given Britain’s top-selling Sunday newspaper The Sun on Sunday its own identity, striving to connect communities and bringing both insight and entertainment to readers each weekend.

“Victoria cares about Sun readers lives and her campaigning spirit has won her much praise.”

And on Poole’s appointment he added: “As a newspaperman and digital expert, Keith Poole has a natural sense of what stories our readers are interested in and he has driven The Sun Online to be the number one commercial news site in the UK.

“They will make a fantastic duo at the helm of The Sun as we continue to serve our current readers and to reach new audiences digitally.”