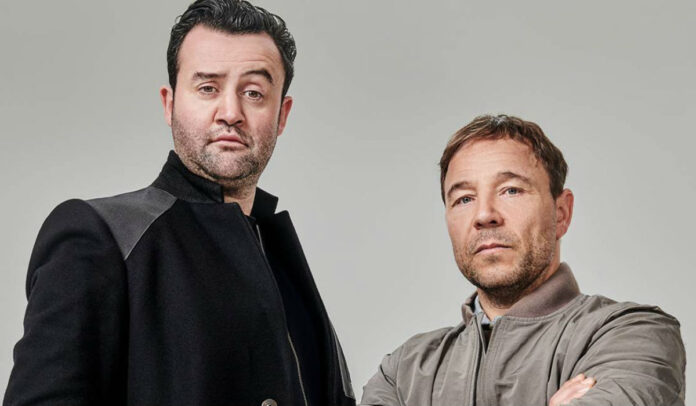 Sky has confirmed that new comedy, Code 404, will air on Sky One and NOW TV from 29 April.

But when an undercover sting goes horribly wrong, Major is gunned down on the job and killed.

Full of guilt and regret about Major’s untimely death, Roy turns to the only person who understands him; John’s wife, Kelly (Maxwell Martin).

However, John gets a reboot.  Chosen by the police as the prototype for a new A.I. driven initiative, John is brought back from the dead – much to the surprise of Roy and Kelly.  He’d like to believe he’s better than ever, but something isn’t quite right…

The series was commissioned by Jon Mountague, Director of Comedy at Sky Studios and Zai Bennett, MD of Content at Sky UK & Ireland.