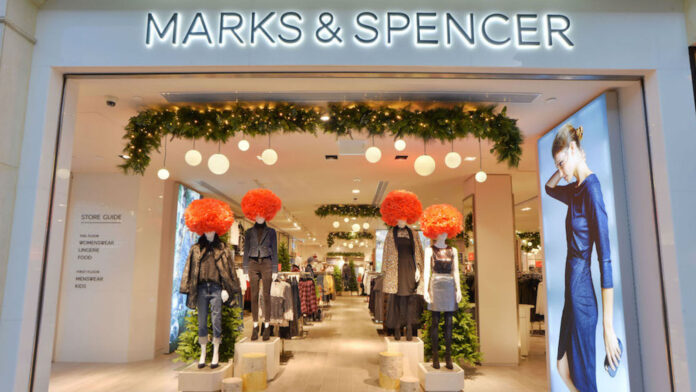 High street retail brand Marks & Spencer has reported a half year pre-tax loss of £87.6m, with its bedraggled ‘clothing’ division failing it once again.

M&S in the red

For long suffering investors this meant there was no dividend for the half year, with questions likely to be asked over CEO Steve Rowe’s effectiveness at the helm.

The high street brand’s share price was in rude health at around £4.23, when Rowe stepped into the role in April 2016. It’s since fallen a staggering 77% to around 96p.

Almost worse is the embarrassment of being the boss who presided over the once leading brand’s exit from the FTSE100 list of top British firms.

If this was any other company the CEO would have long since been dispatched.

The shares have bounced more than 4% today, but they have a very long way to go before anyone could call it a recovery.

Clothing is once again front and centre to blame for the poor sales performance – it always is. For the best part of nearly two decades ‘clothing’ has been the culprit that somehow gets to remain in place, untouched, with out of date products, as the M&S board clings to a dwindling, almost extinct band of loyal customers of the blue rinse type.

They’re clearly more rare than dodo these days if the sales figures are to be believed.

For years we’ve been convinced the company needs to open the door to famous brands to make the floor space and online channels more profitable.

Names like Superdry, Calvin Klein, Burberry,  et al, could help make the store ‘fashionable’ once again and sit alongside a reduced own label range.

Of course the hapless Rowe could only put on a brave face, dragging COVID into the excuses list: “In a year when it has become impossible to forecast with any degree of accuracy, our performance has been much more robust than at first seemed possible.

“This reflects the resilience of our business and the incredible efforts of my M&S colleagues who have been quite simply outstanding.

“But out of adversity comes opportunity and, through our Never the Same Again programme, we have brought forward three years change in one to become a leaner, faster and more digital business.

“From launching M&S Food online with Ocado to establishing an integrated online business division ‘MS2’ to step-change growth, we are taking the right actions to come through the crisis stronger and set up to win in the new world.”

Thank goodness indeed for Ocado and the firm’s food divisions. There are lessons to be learned, but we’re convinced beyond doubt that the current management will certainly never learn them so long as its clothing line remains ‘Always the Same Again’.