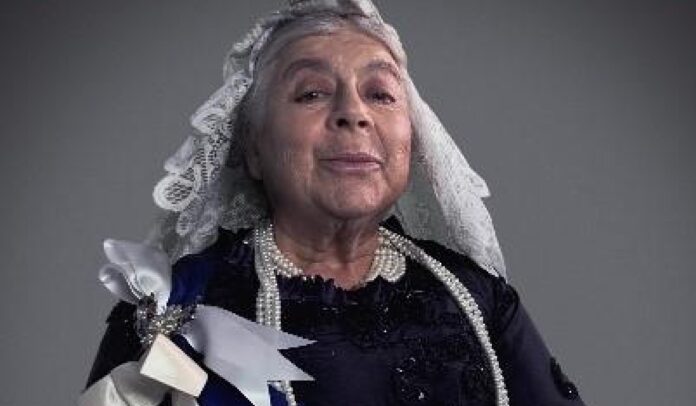 Miriam Margoyles is to guest star as Queen Victoria in the new series of The Windsors, Channel 4 has said.

Joining her are Julia Deakin and Simon Day, who will play Carole and Mike Middleton in the comedy show.

Wills (Hugh Skinner) is torn when the older royals decide to go on strike and Charles (Harry Enfield) tries to persuade him to join forces.

When trying to make his decision Wills is given advice by a portrait of Queen Victoria played by Miriam Margoyles.

While there Charles thinks he hears Mike threatening to chop off his and Camilla’s heads!

Charles informs Camilla who takes matters into her own hands and plots to kill the Middletons but will Wills stop Camilla’s evil plan before it’s too late?

“Queen Victoria has always been one of my heroes. I hope she’ll forgive my irreverent portrayal”, said Margolyes.

Deakin said: “I am shocked they let me have a go at this. I love the show and everyone wonders how they get away with it, the answer is…because it’s funny!

“Carole is a gift, an enigma wrapped in a riddle. So little footage of her actually speaking exists! Less is definitely more.

“The Windsors version is far from this.

“Mix Carole and Mike on a weekend with Camilla and Prince Charles. Oh dear!”

Simon Day added: “Great to be appearing in The Windsors as Mike Middleton. I never thought I would get this close to the royal family.”

The Windsors series 3 will air from Tuesday 25 February at 10pm Channel 4 and all episodes will be available to stream on All4.

The Windsors is made by Noho Film and TV, executive produced by Camilla Campbell and Robert Wulff-Cochrane and written by Bert Tyler-Moore and George Jeffrie.

The show is commissioned by Fiona McDermott, Head of Comedy at Channel 4 and Jon Petrie is the Commissioning Editor for Channel 4 Comedy.