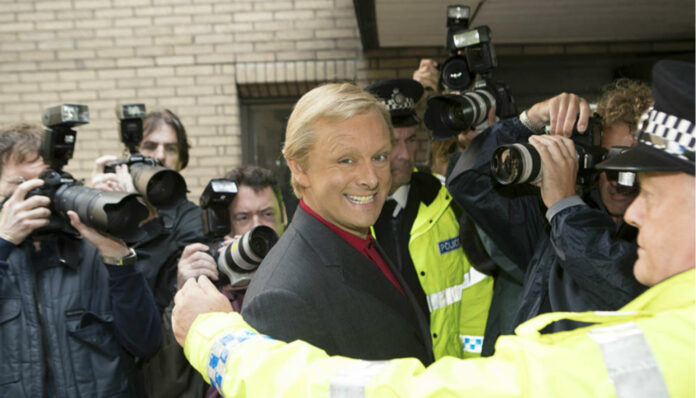 Quiz have been tells the extraordinary and sensational story of how Charles and Diana Ingram attempted an ‘audacious heist’ on the quiz show Who Wants to Be a Millionaire? We remember it well.

Major Ingram, his wife Diana and an accomplice, Tecwen Whittock, who was sitting in the audience, were accused of cheating their way to a million pounds on what was, the most popular game show on earth in 2001.

The couple stood trial for conspiring by coughing during the recording to signify the correct answers to the multiple choice questions posed to the Major by host, Chris Tarrant.

The image recreates the famous shot of Tarrant arriving to give evidence a the Ingram trial at Southwark Crown Court in March 2003 which will be seen in the drama.

Quiz is a Left Bank Pictures co-production for ITV and AMC and is distributed by Sony Pictures Television.