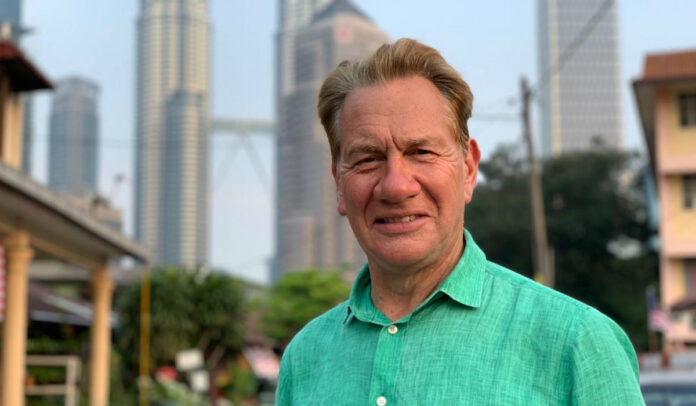 Great Railway Journeys host Michael Portillo has signed up as a presenter for Times Radio.

The former Conservative Cabinet Minister is joining the roster of presenters for the station’s summer launch.

Portillo is one of Britain’s best-known broadcasters. He’ll present a weekly Friday evening show which represents the broad range of his interests and specialisms.

The show will look at cultural highlights from the weekend ahead; showcase the best of The Times’ journalism; and review the week in politics with guests from across the political divide.

A former Conservative MP and Secretary of State for Defence, Portillo is a familiar, expert and friendly face to the public.

He has fronted many radio and television documentaries on a wide range of subjects.

They include the hugely popular Great Railway Journeys series for BBC Two. That gig began around Britain twelve years ago and has now led to Michael travelling much of the globe on his historical quests.

Portillo is also a political commentator. He was a columnist for The Sunday Times for six years and a fixture on BBC One’s This Week for sixteen years.

“Times Radio is all about warm, engaging, expert presenters, and Michael exemplifies that mix.

“His personality and passion shine through in everything he does.

“Listeners will love hearing him and his guests talk about everything from the latest show in the West End to that week’s goings-on in Parliament. I can’t wait to listen!”

“It is a pleasure to be back working for The Times and The Sunday Times; by-words for quality journalism.

“My aim is to produce an entertaining and informative show that will engage listeners.”

The station will launch this summer and broadcast on DAB, online and via app and smart speakers.

The station will be ad break-free, with commercial opportunities for sponsors across the schedule.

More presenter names will be announced in the weeks to come.