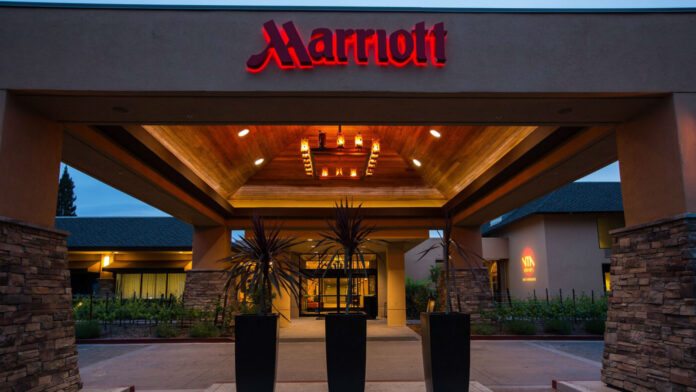 Marriott estimates that 339 million guest records worldwide were affected following a cyber-attack in 2014 on Starwood Hotels and Resorts Worldwide Inc.

The attack, from an unknown source, remained undetected until September 2018, by which time the company had been acquired by Marriott.

The fine will come as a further blow to the beleaguered travel sector, as it comes just weeks after British Airways was fined a record £20 over a similar breach.

The precise number of people affected is unclear as there may have been multiple records for an individual guest.

Seven million guest records related to people in the UK.

The ICO’s investigation found that there were failures by Marriott to put appropriate technical or organisational measures in place to protect the personal data being processed on its systems, as required by the General Data Protection Regulation (GDPR).

Information Commissioner, Elizabeth Denham, said: ”Personal data is precious and businesses have to look after it.

“Millions of people’s data was affected by Marriott’s failure; thousands contacted a helpline and others may have had to take action to protect their personal data because the company they trusted it with had not.

“When a business fails to look after customers’ data, the impact is not just a possible fine, what matters most is the public whose data they had a duty to protect.”

The ICO’s investigation traced the cyber-attack back to 2014, but the penalty only relates to the breach from 25 May 2018, when new rules under the GDPR came into effect.

Because the breach happened before the UK left the EU, the ICO investigated on behalf of all EU authorities as lead supervisory authority under the GDPR.

The penalty and action have been approved by the other EU DPAs through the GDPR’s cooperation process.

In July 2019, the ICO issued Marriott with a notice of intent to fine. As part of the regulatory process, the ICO considered representations from Marriott, the steps Marriott took to mitigate the effects of the incident and the economic impact of COVID-19 on their business before setting a final penalty.

Commenting on the Marriott fine, Chris Combemale, CEO of the Data & Marketing Association said: “Within just two weeks, the ICO has now issued a fine of £20m to British Airways and £18.4m to Marriott.

“These are the two highest confirmed fines in the history of the ICO in response to significant data security failures by both organisations.

“Given the dramatic fall in revenue that the travel and leisure sector has experienced during the coronavirus pandemic, these fines send a very powerful message to organisations that they must invest in keeping their customers’ data secure.

“Otherwise they will face penalties that could prove far more costly to the business.”

How the hacker did it

In 2014, an unknown attacker installed a piece of code known as a `web shell’ onto a device in the Starwood system giving them the ability to access and edit the contents of this device remotely.

This access was exploited in order to install malware, enabling the attacker to have remote access to the system as a privileged user.

As a result, the attacker would have had unrestricted access to the relevant device, and other devices on the network to which that account would have had access.

Further tools were installed by the attacker to gather login credentials for additional users within the Starwood network.

With these credentials, the database storing reservation data for Starwood customers was accessed and exported by the attacker.

The ICO acknowledges that Marriott acted promptly to contact customers and the ICO. It also acted quickly to mitigate the risk of damage suffered by customers, and has since instigated a number of measures to improve the security of its systems.