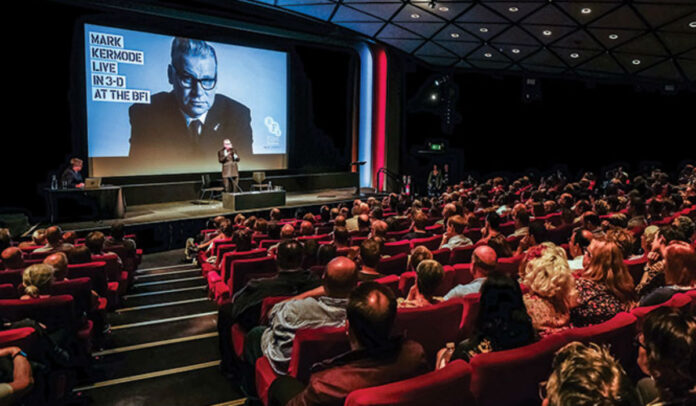 This will allow film fans to continue engaging with the latest movie news and discussions, while BFI Southbank remains closed.

The monthly show, in which critic and broadcaster Mark Kermode explores, critiques and celebrates film culture past and present, with the help of special guests from the industry, will take place online, for free, on BFI YouTube at 18:30 on 27 April, 18 May and 15 June.

Guests for the May and June events will be announced soon, the BFI said.

Mark will have the first interview with new BFI Chief Executive Ben Roberts. He took up the role on 1 March; he’s since been dealing with the impact of the crisis on the BFI and on behalf of the wider industry.

Mediashotz also ask for an interview with Roberts when he was appointed; but the BFI hasn’t got back to us yet!

Nick Rowland’s feature debut Calm With Horses (2019), which arrives on BFI Player on 27 April, is a gripping thriller that builds towards an emotionally shattering finale, with a performance from Cosmo Jarvis that enters the contemporary canon of actors playing men whose bruised, quiet exteriors belie great inner depths.

Stars Cosmo Jarvis and Niamh Algar join Mark on the show on 27 April while director Nick Rowland will take part in another live Q&A about the film on BFI YouTube on 30 April at 20:00.

Jack Howard, one half of Jack & Dean and regular sparring partner on Kermode On Film has a confession to make to Mark.

Comedy Store Player and podcaster Greg Proops of The Smartest Man in the World talks about the films that make life in LA lockdown bearable.

Meera Syal tells Mark about her guilty pleasure, the film that changed her life, and her work in the digital initiative Unprecedented, Real Time Theatre from a State of Isolation.