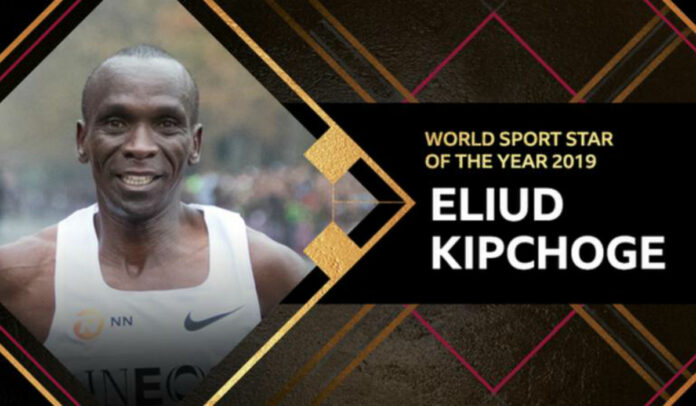 Kenyan long distance runner Eliud Kipchoge will receive the World Sport Star of the Year award at BBC Sports Personality of the Year 2019 after winning the public vote.

Eliud stunned the world in October when he became the first man ever to run a marathon in under two hours. The record-breaking run was accomplished just six months after he also won the London Marathon for the fourth time.

A highly decorated distance runner, he has also won Olympic marathon gold at the Rio Olympics in 2016 and World Championship 5000m gold on the track.

He is the fourth long-distance runner to win this award, the last being Australian Ron Clarke in 1965.

The World Sport Star of the Year award will be presented to Eliud at the BBC Sports Personality of the Year awards, which take place at the P&J Live arena in Aberdeen on Sunday 15 December and will be broadcast live on BBC One from 7pm.

For voting criteria on all the awards, further information and updates please visit bbc.co.uk/sportspersonality

The categories for the awards this year will be: