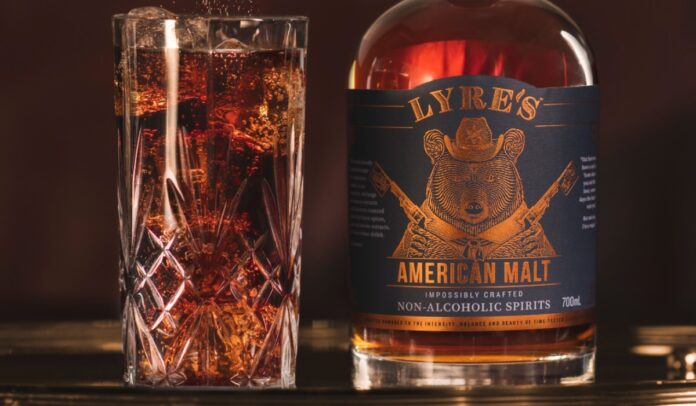 Lyre’s, the creators of a newly launched premium range of 13 non-alcoholic spirits, has launched its first UK brand campaign.

The launch aims to inspire consumers to be proud to opt out without being left out and to find a “kindred spirit”.

The no and low category is the fastest growing category in the drinks market. Sobriety or reducing alcohol is an increasing trend for UK consumers; 8.6m Brits, 12% of UK drinkers will be cutting down this year.

Created by Kinetic, this inaugural campaign challenges the status quo around the social conventions of alcohol consumption.

It also heroes the products, demonstrating Lyre’s signature serves to highlight its diverse range of beautifully crafted non-alcoholic drinks that are possible such as a Lyre’s G&T or American Malt and Cola.

Opt out not left out

The message is simple but effective – opt out without being left out.

The campaign will run throughout Spring, using a blend of large format and digital out of home advertising alongside a targeted social media and digital display campaign.

Across all digital media formats different creative will be deployed to reflect the variety of Lyre’s products and usage occasions. Media buying has been handled by Initiative.

The campaign will also be supported by a nationwide PR and events strategy.

Lyre’s, named after the Australian Lyrebird, the world’s greatest mimic, is a comprehensive portfolio of spirits; from London Dry to Amaretti.

They pay homage to classic originals enabling people to re-create their favourite tipple without compromising on aroma, taste and appearance.

Lyre’s is already stocked in Sainsbury’s, Amazon and across tastemaker food and drink websites like Master of Malt.

“People are increasingly concerned about their health and wellbeing and are choosing more mindful ways to live their life.

“Our strategy has been to develop a range of great tasting products that are accessible and empower people to feel good about drinking, whether that’s someone who just wants to cut down or doesn’t drink at all.

“UK consumers have embraced Lyre’s and we’re excited to be launching our first nationwide campaign just a few months after our UK debut.”