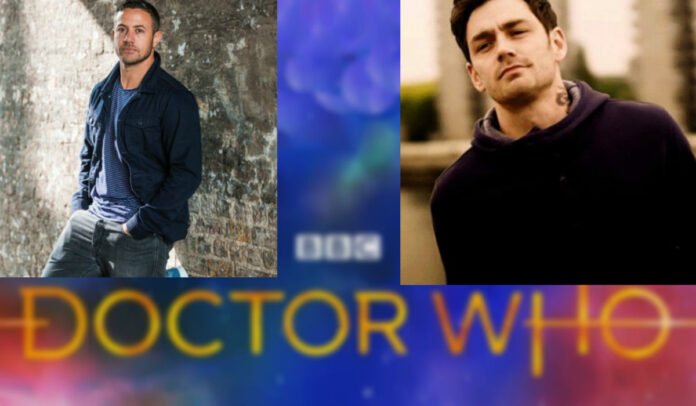 Versailles actor Warren Brown and Luther star Matthew McNulty are set to guest star in an upcoming episode of Doctor Who.

And the BBC also dropped a tantalising teaser to what we might expect in the upcoming eps. Doctor Who had an explosive return to our screens on New Year’s Day (did you see it?). Brown and McNulty join ‘team TARDIS’ as it works to solve a mystery which threatens the entire planet.

“I had such a blast filming the episode and couldn’t ask for anything more for my Doctor Who debut”, said Matthew McNulty (right, main photo), who is best known for his roles in Versailles, The Bay and more recently Deadwater Fell.

Ahead of his debut role in Doctor Who, Warren Brown (left, main photo), who has starred in a variety of television roles including Luther, Liar and Strike Back said: “I was on such a high when I got the call from my agent, then such a low when I had to keep it top secret and couldn’t tell anyone!

“I can honestly say it was and has been one of the most fun jobs I’ve ever had to date!”

Matt Strevens, executive producer, said: “We are totally thrilled to be welcoming Matthew and Warren to the cast.

‘Their talent and versatility sets this action adventure alight.”

Doctor Who stars Jodie Whittaker as the 13th Doctor. She is supported by Tosin Cole (Ryan) Mandip Gill (Yaz) and Bradley Walsh (Graham) who are all returning for their second series.