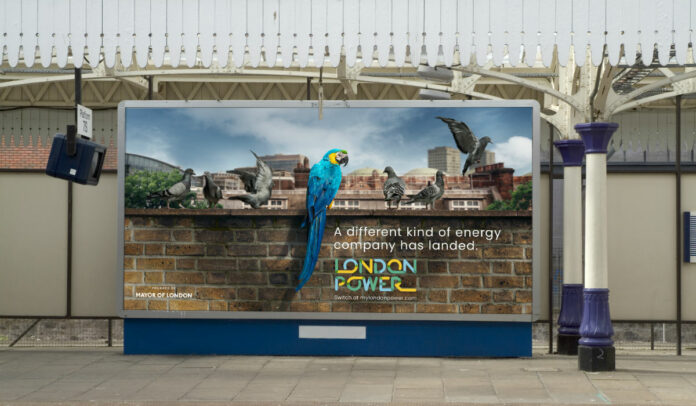 The Mayor of London’s office is kicking off the first integrated advertising campaign to promote the launch of ‘London Power’.

The initiative is a new energy company available exclusively to Londoners.

Every year, residents in the capital spend an estimated £3.5 billion on gas and electricity household bills. Yet London has some of the lowest rates of switching between providers in the country.

The Mayor of London set up London Power in partnership with Octopus Energy to address these issues.  It claims it will offer customers competitive energy prices, 100% renewable electricity and no exit fees.

City Hall will reinvest profits from the firm into community projects, The Mayor’s office said. The funds will be used to help tackle fuel poverty and make London a zero-carbon city.

All Londoners will be able to switch to London Power from today at www.mylondonpower.com.

The advertising campaign, called ‘A Different Kind of Energy’, aims to highlight that London deserves an energy company as different as it’s people. One that’s fair and affordable for all.

The hero of the campaign is a vibrant macaw – the mascot designed to personify difference and embody London Power’s intent to stand out from the crowd.

Created by Hugo Bone, John Osborne, Rickie Marsden and Sam Whatley at MSQ’s The Gate London, and directed by David Boni at Lucid, the campaign will run across outdoor, radio, digital and social from January 2020.

London Power appointed MSQ following a competitive pitch at the end of 2019.

“London Power stands to really shake things up and we look forward to seeing it grow quickly and be the go-to energy supplier for all Londoners.”