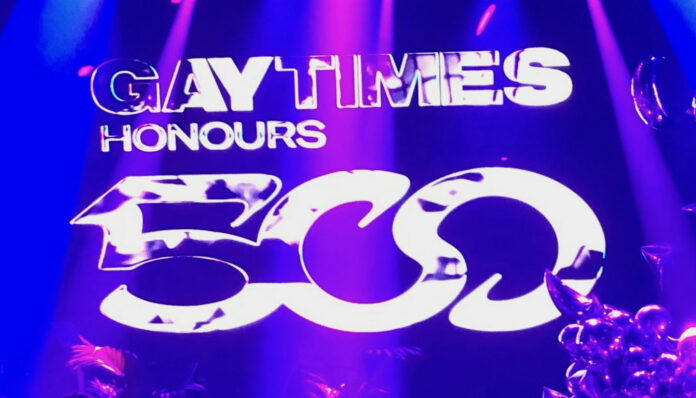 More than 1,000 of London’s most glamorous LGBTQ members and supporters turned out for the Gay Times Honours 500 awards on Thursday evening.

The awards, now in their third year, acknowledges stellar people who have made a profound impact on LGBTQ people and issues over the past year.

Among a number of large sponsors were FTSE100 listed gaming company Paddy Power, which continues to throw strong support behind inclusiveness within the LGBTQ community by supporting the Gay Times 500 Honours event.

The company had a sizeable contingent in attendance on the evening and ‘Mr Paddy Power’ himself even presented the Sporting Hero award to Ryan Russell, the openly queer American Footballer.

Paddy Power is currently working with Gay Times on a number of fronts aimed at tackling homophobic abuse in sport, including football.

“From community trailblazers to highly-visible queer stars, it’s an event that brings together people from all across our community to celebrate, uplift and inspire,” Gay Times wrote on its website on Friday.

The publication said the event, which took place at impressive new London venue Magazine London, next door to the O2 arena in Greenwich, was the biggest event in its recent history.