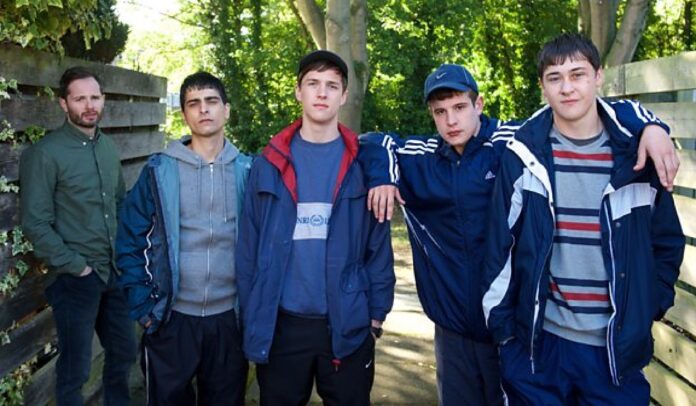 BBC Three has ordered a second series of the coming-of-age comedy series Ladhood.

The series was created by Bafta-nominated writer, actor and comedian, Liam Williams.

Adapted from his original BBC Radio 4 series, Ladhood straddles two timelines as Liam explores the roots of modern-day masculinity. He delves into the memories of his own misspent adolescence in the Leeds suburb of Garforth during the early noughties.

Across the series Liam and his best mates Ralph, Addy and Craggy go through many of the teenage rites of passage. Getting get drunk, trying drugs, ending up in fights, falling in love and falling apart.

Ladhood launched in December 2019 on BBC Three and BBC iPlayer with a slot on BBC One in January 2020.

“I’m excited and honoured to have another chance to work with a tremendously talented cast and crew in giving my own grubby memories far more gravitas than they deserve”, Liam Williams said.

“Liam’s deft writing manages to both excoriate and celebrate the trials and tribulations of those formative late teen years as he traces back the roots of the person he then became in adulthood.

“With a superb cast and a soundtrack to boot, this keeps the BBC Three comedy flame burning brighter than ever.”

Fiona Campbell, Controller of BBC Three, said: “Ladhood is a brilliant series for BBC Three. It manages to perfectly blend nostalgia with the present day.

“With so many themes and stories that our audience recognises, and a strong sense of place and accents to boot, we can’t wait for more.”

Josh Cole, Head of Comedy at BBC Studios, said: “We’re thrilled to have the chance to make more episodes of Ladhood for the BBC.

“Liam is a phenomenally talented and funny man. I can think of no-one more suited to brilliantly exploring the roots of modern-day masculinity.

Ladhood is a BBC Studios production, produced by Joe Nunnery, directed by Jonathan Schey and executive produced by Gareth Edwards. Liam wrote, starred and was an associate producer on the series.

A second 6×25-minute series will begin filming later this year.