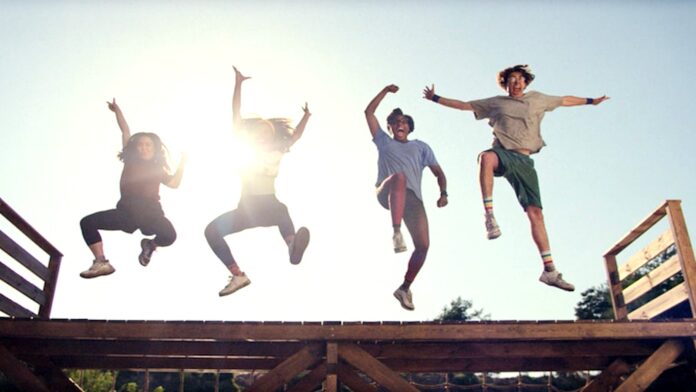 KP Snacks brand popchips is set to make its TV debut in a £2.3m campaign encouraging viewers to “Start Something Good”.

The lively ad spot promotes the friendly gesture of sharing a bag of popchips as the catalyst for some amazing changes between a frosty boss and her team.

The new campaign was created by agency St Luke’s and is the brand’s first foray into television advertising since its debut in 2007.

Breaking on 1 March, the 30-second film starts with three colleagues making the most of a break with a chat and a bag of popchips, when they walk smack bang into Janet – their unapproachable boss.

Overcoming their reservations, they offer the popchips to Janet. Thanks to the great taste (and Janet’s preternatural ability to identify that they’re Popped Not Fried), it’s love at first crunch.

Janet’s stern exterior melts away. Before we know it, all four colleagues are out on a bowling night, leading to Janet instigating an adventurous away day, which then becomes an annual event – and it comes back to a small act of sharing.

The ad ends with the line ‘Start Something Good’.

The spot will run on ITV, Channel 4 and Sky for four weeks and video-on-demand for five weeks, with a second burst of activity scheduled for September. There will also be supporting social activity to help launch the campaign.

Zoe Cashin-Howe, Marketing Controller at KP Snacks said: “2021, the secret is out – we are letting the whole nation know how tasty and light popchips are, and that we are ultimately about starting something good.

“We have a great new look and on top of that we will be taking the brand on TV for the first time with our first ever tv ad.

“The new creative really brings to life our brand promise of making moments pop with positivity.

“We are confident our new campaign will encourage current and new popchippers to choose popchips when next down the snack aisle…they wouldn’t want to be seen with anything else.’

Rich Denney, ECD, St. Luke’s said: “How exciting to see the pioneering popchips brand on television for the first time, 14 years on from when it first started shaking up the savoury snacking world.

“Popchips is that rare thing in life, an unalloyed pleasure, which was the starting point for us wanting to tell a story where a good gesture inspires and even better one. We hope it helps win over, loads of new popchips fans.”