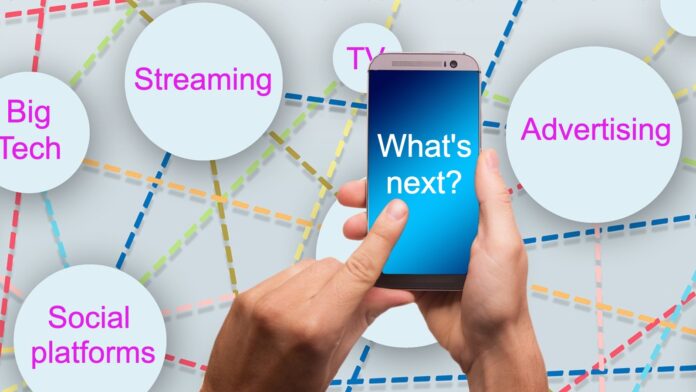 2021 is finally here, its arrival gratefully welcomed by many across the world glad to turn their backs on a 2020 full of hardship and challenges, not least the advertising and media sectors.

But we are still living with the coronavirus pandemic, and its impact has permanently transformed how brands and consumers interact.

Stay-at-home orders for billions accelerated the digitisation of our everyday lives, and brands have responded by ramping up the digital share of their marketing strategies.

So, what developments will dominate in the year to come and what do they mean for advertisers and media firms alike?

Advertising channels: Point of sale to shift with consumption patterns

2020 accelerated the digital revolution and forced brands to reconsider their priority advertising channels.

Streaming and social advertising were obvious winners, while OOH and cinema have inevitably suffered because of their ‘out of home’ nature.

But another less obvious victim is point of sale. POS has always been an important channel for brands, convincing consumers as it does to make an impulse purchase or to make a last-minute decision in favour of one brand over another.

The move online means that the power of this valuable opportunity to reach consumers at a critical time in the purchasing funnel has been diminished, and this is likely to have exacerbated the impact that the pandemic has had on sales.

Many brands will be looking to shift their POS investment into alternative channels – and vendors such as Amazon will benefit, with their ability to reach consumers while they are in the ‘buying mood’, echoing the power of POS.

In fact, all retailers with strong online sales capabilities will benefit, as retail – and therefore POS – increasingly moves online.

With so many people forced to stay at home, the services offered by the tech titans dominated another year: keeping in touch with Facebook, shopping with Amazon, collaborating with colleagues using Microsoft’s tools, and seeking entertainment via YouTube and streaming services.

This inevitably sent their revenues soaring, with the big four each posting remarkable results whilst other companies floundered in the midst of a global recession.

This dichotomy did not go unnoticed: it did nothing to quell suspicions that Big Tech is too powerful and that its monopoly on the marketplace is too large.

They stand accused by lawmakers across the world that they have engaged in anti-competitive behaviour, using their power and scale to choke the ability of their smaller rivals to compete with them.

2021 could be the year that Big Tech finally feels the ramifications of these accusations; regulatory authorities in the US, the EU, India and the UK are all clamping down on Big Tech in different ways.

The EU has revealed the drafts of two digital services laws that would create a powerful apparatus to temper the power of Silicon Valley, complete with threats to break up companies that repeatedly engage in anti-competitive behaviour.

Meanwhile, the federal government in the US has launched antitrust cases against Google and Facebook, accusing them of pursuing strategies to throttle competition.

But it might not be these regulatory moves that pose the greatest threat to Big Tech. It could actually be its employees.

The current employees of the Big Tech firms are becoming increasingly comfortable with expressing their concerns about their employers: in an internal poll, only 51% of Facebook employees said they believed the social network was having a positive impact on the world.

The ‘badge post’ – a traditional farewell note for any departing Facebook employee – has been weaponised against the social network on a number of occasions in recent months, with one data scientist saying it was ‘embarrassing to work here’ thanks to the amount of hate speech on the platform.

Meanwhile, more than 200 US Google employees have formed a union, the first group at a big tech company to do so, as the industry faces a ‘reckoning over years of unchecked power’. Google employees also recently protested over the departure of ethics researcher Timnit Gebru.

For advertisers, this reckoning will likely lead to a wider dispersing of their digital ad dollars.

Many are already asking their agencies to pull investment out of Facebook and direct it to other platforms such as TikTok, Snapchat and Pinterest, or even ad-supported streaming platforms, because they no longer trust Facebook enough to place 100% of their investment there.

There is also a risk that consumers will react negatively to brands associating themselves too closely with the big tech companies – as we saw during the Facebook boycott in the summer of 2020.

With trust in all the tech giants dissipating, it seems inevitable that this diversification trend will affect them as well – and that will be a good thing for the industry.

TV will tip from traditional to streaming

Services such as Netflix, Amazon Prime and their newer competitors like Disney+ and Peacock have attracted new viewers in their millions in the past year – and ad dollars are following those eyeballs.

At the US Upfronts, advertisers were increasingly demanding more streaming options as part of the packages they were purchasing, and vendors were obliging in an effort to offset losses incurred by the lack of live sport and investment from sectors hit hardest by the pandemic.

Combined linear and streaming packages were common, and this focus on streaming by both vendors and buyers will likely tip the balance in streaming’s favour this year, particularly as restrictions seem set to be with us for the foreseeable future.

This is significant because, up until recently, one of the key reasons to not cut the cord was due to live sports. As advertisers are increasingly including CTV into their mix, and cord cutting is increasing, the need for measurement is amplified.

Most people have probably heard about, or experienced, being inundated with the same ad over and over while watching a show on CTV. Not only is this frustrating, but it can also have the opposite to the desired effect: over-serving ads can turn a potential customer off buying a product.

For linear TV, it has been standard practice to measure certain quality KPIs to determine advertising effectiveness.

We can tell where and when an ad runs – measuring the efficiency of day-part mix, competitive separation, double-spotting, to name a few – to ensure that the quality of the buy is delivering to set communication goals.

Even with these measures in place, we too often see inefficient impression delivery, leaving valuable reach untapped.

Within the CTV world, issues of measurement, management, and transparency are working to catch up. Even with frequency capping in place, it can be hard to implement, so a lot of waste is created.

Some also speculate that, as usage of streaming increases, frequency will lessen due to more advertisers being present on the platform. While this may occur, it will still be important to have a bearing on where and when your ads run, and that frequency is being managed.

With CTV’s share of media plans set to grow at an exponential rate in the coming years, more focus must be on measurement and reporting, to ensure that impressions are effectively building towards communication goals.

2020 has shown that even the best-laid plans are not infallible. Which airline marketer, for example, put provisions in place for a pandemic that essentially shut down the travel industry?

At the TV Upfronts in the US, flexibility was every advertiser’s number one priority, with cancellation options non-negotiable; as TV networks were desperate to bolster their bottom lines, buyers could negotiate options that suited them more, such as committing dollars by quarter, and the ability to cancel a certain percentage in a longer time frame.

These must-haves are likely to remain in 2021 and beyond.

The drive for flexibility to be able to better weather storms is likely to manifest in a gravitation towards media placements at the lower end of the sales funnel.

These channels offer the flexibility to halt spending quickly, so advertisers are likely to choose programmatic spend rather than committing a fixed amount to a publisher, or social media channels as opposed to large, inflexible TV investments.

Successful advertisers will be prepared, but flexible

The pandemic has accelerated change across the world, at a societal, economic and individual level, and we will be feeling its ramifications for many years to come.

The most successful advertisers will be those who are prepared, but also flexible: able to bend, rather than snap, in the face of inevitable change. In order to be prepared and flexible, a deep understanding of your media activity and how it can be optimised is essential.

How social media influencers are set to be reshaped by AI

Ocean celebrates a decade of The Art of Outdoor

How copywriters keep creating amid the COVID confinement

What Mediapalooza 2021 means for UK advertisers

Could tearing up your brand’s roots really save your company?