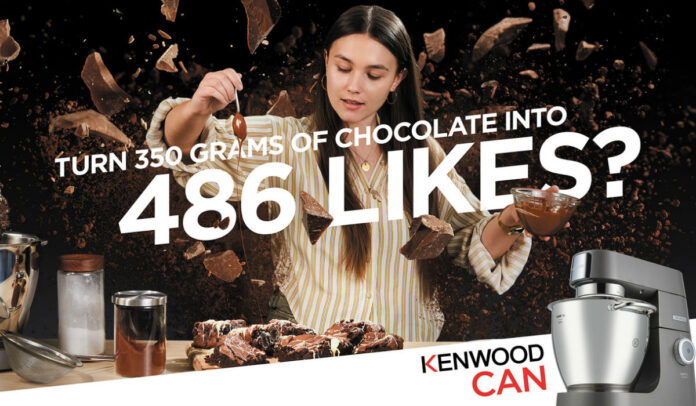 The campaign was developed in partnership with creative agency M&C Saatchi.

It’s the first work to launch since M&C Saatchi’s appointment as Kenwood’s global creative agency of record earlier this year.

The push will run across TV, digital and social; the aim is to drive awareness of the brand in key global markets, with an initial focus on Europe.

The core target audience for the campaign is interested, passionate cooks, who want to invest in their passion; or upgrade to a mixer to take their cooking and baking to a new level.

TV executions show some of the many things that the Kenwood Chef XL Titanium Mixer can do; from ‘whipping up pancakes’ to ‘taking your friends to Tokyo without leaving the dining room’.

The work was directed by Neil Gorringe through Rogue Films.

“We are reaffirming our status as the natural choice for those who love to cook”, Jane Perry, Director, Global Marketing & Communications, Kenwood said.

“We are thrilled to be launching this new campaign at what is an exciting time for the business, as we showcase the potential of our Chef stand mixer to keep up with what any cook throws at it.”

“We’re excited to launch this campaign as we embark on a mission to make Kenwood the most loved and admired brand amongst cooks far and wide.”