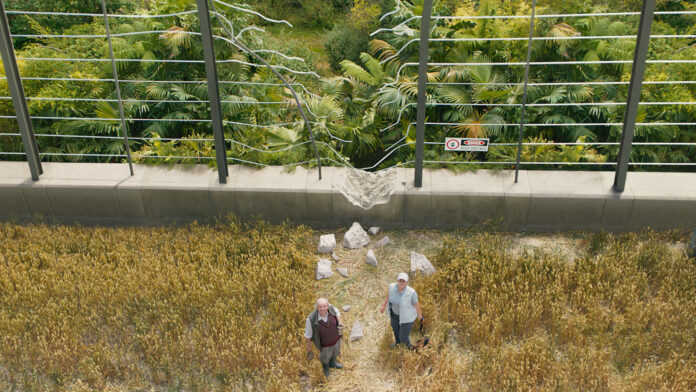 Toolstation, the supplier of tools, accessories and building supplies, will launch a Jurassic Park-themed new brand ad this Saturday, 4 September, to celebrate the skills of key tradespeople across the UK and remind viewers of the tough tasks they face.

Creative production fro the film was developed by agency The krow Group.

The latest iteration of the Tools & More brand campaign, which was launched in March this year, shows a female electrician being called out to an emergency at a West Country farm in what appears to be a quintessentially English country scene to fix an electric fence.

Toolstation said the ad creative is a continuation of the brand strategy that aims to convey its personality and injecting some humour while communicating a deeper truth – that the brand understands the everyday challenges and unexpected situations faced by its trade customers.

It also speaks to a commercial truth – that trades and keen DIY-ers will find “tools and more for any task” at one of the retailer’s 500+ branches and online.

The autumn launch will run for 10 weeks and includes 30 second and 10 second edits for TV, 30 second radio spots, digital, social and OOH – launching with the first TV spot on the evening of Saturday, 4 September.

Media buying was planned by The Specialist Works, designed to target trade customers and a wider DIY audience.

Greg Richardson, Head of Marketing, Toolstation, said: “We wanted to show that we understand and appreciate the unexpected situations faced by our trade customers, and while it’s not every day they encounter a T-Rex on the loose, it does nod to an everyday truth – that our role is to equip tradespeople with everything they need to get the job done.

“We want to celebrate our tradespeople with this new TV spot, and to remind consumers of our core purpose at the same time.”

John Quarrey, CEO, krow Group, said “We can all empathise with that huge sense of relief felt when a professional tradesperson arrives to sort out a problem and fixes it faster, better and much more efficiently than if we’d tried it ourselves.

“Their expertise deserves celebration, as does the role Toolstation plays in equipping their trade customers to be able to make these miraculous repairs happen, even when faced with a giant T-Rex on the loose!”

Toolstation recently opened its 500th store and in the first half of the year, achieved a total revenue growth of +38.7%, highlighting its continued strong position.

Disclaimer: all wildlife was filmed in its natural habitat.