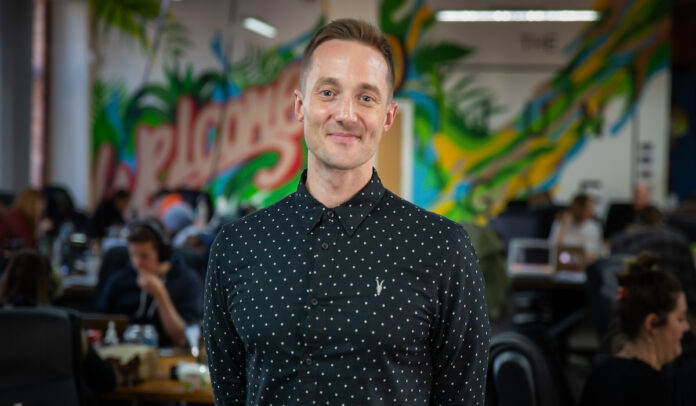 Wigley joins with over 15 years commercial experience with a specialism in the digital media space, where most recently he has held posts as General Manager at JOE Media and as Commercial Director at LADbible Group.

He began his career on the agency side at Mediacom. However he later went on to hold commercial positions and drive digital revenues at News UK, Channel 4 and latterly Absolute Radio. At Absolute he pioneered an entirely new commercial and product model for the radio industry, ‘InStream advertising’.

For the first time InStream enabled personalised ads to be placed into a live radio stream to logged-in listeners. This idea won ‘Best Technological Innovation’ at the Radio Academy Awards.

As Commercial Director at LADbible Group, Wigley established the company’s London office and created the Group’s commercial model, market positioning and commercial team structure, growing the team from three to over thirty within 18 months.

In that time Wigley was responsible for driving all areas of LADbible’s commercial operations, including brand partnerships, programmatic, creative and client services, increasing revenues 144% year on year.

As General Manager at JOE Media, Wigley was part of the team that established the Irish born company in the UK. He  developed year-long partnerships with the likes of the NFL and Cadburys, as well as developing a slate of original branded shows, including Total Tekkers.

At Jungle Creations Wigley will spearhead the company’s commercial ambitions, brand partnerships and commercial product development across both its UK and US offices.

He joins the business following a highly successful period in its commercial growth and the launch of Jungle Creations’ full service creative agency, The Wild.

Wigley plans to capitalise on this success which saw Jungle Creations’ take home Branded Content Team of the Year for the last two years running, working with clients including Baileys, GSK, Heinz, The National Lottery and the WWF.

“Jungle has built a huge following in a relatively short space of time by deeply understanding how to engage and mobilise social communities,” Wigley said.

“I’m incredibly excited to be joining the talented team as we develop how we help connect brands to a highly engaged mass youth audience in a way that affects culture and drives commerce.”

“He’s very driven towards creating impact for brands and I’m looking forward to seeing what he achieves for Jungle over the next few years.”