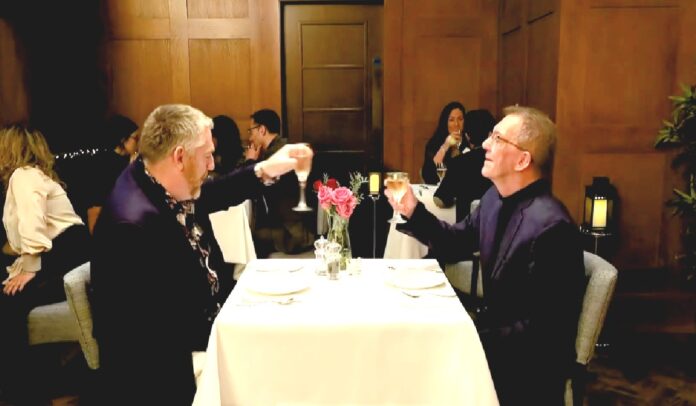 Jungle Creations has created a First Dates campaign for pharma giant GSK as part of a series of social-first content.

The first campaign features a gay man having a series of romantic dinners in an effort to find ‘the one’.

It’s all part of a new partnering which saw GSK appoint Jungle Creations, through Platform GSK, a division of Publicis Media. The aim is to create a series of social-first campaigns that showcase its oral care products.

The first of the five campaigns to launch is the Poligrip sponsored Divorced, Dating and Dentures.

This is a three-part dating series featuring denture-wearing divorcees who are getting to know each other over a romantic meal.

Mark Henderson, series producer of Channel 4’s Celebrity First Dates, will directed the series. It will be released in the lead up to Valentine’s Day via Jungle Creations’ news and entertainment brand, VT.

GSK’s tie-up with Jungle is the first strategic partnership of its kind for the consumer healthcare company, with one media owner creating campaigns across all five brands.

It will produce almost 70 pieces of content to be distributed across Jungle Creations’ owned and operated media brands, VT, Craft Factory, Four Nine and Level Fitness.

The campaign will be aligned to key dates throughout the year, including Easter, the summer festival season and Halloween.

The partnership will also see the launch of Jungle Creations’ first brand dashboard created for a client using the Jungle Data Hub.

Jungle said the dashboard will use first and third party data to provide insights into GSK oral care brands’ positioning in-market. Ir will also track and analyse the impact of the social campaigns on brand awareness.

“We are excited to be working with a new partner, Jungle Creations, to create compelling content for our oral health brands and deliver it in a relevant environment where our consumers will be able to engage with it”, Craig Percival, GBI Consumer Healthcare Marketing Director at GSK, said.

Molly Tappin, Head of Branded Creative at The Wild, said: “GSK is a multinational powerhouse. So, when Platform GSK asked us to collaborate with them across five of their oral care brands, we leapt at the chance.

“Due to its distinct positionings in market and alignment with several of Jungle Creations’ media brands, we saw huge potential in one media owner creating campaigns across them all.

“To bring the partnership to life, we’ve been drawing on expertise from across the entire company – from Craft Factory’s art enthusiasts for Aquafresh, to Level Fitness’s sports addicts for Pronamel – to ensure every campaign is a smash hit.

“Keep your eyes peeled for our Divorced Dating and Dentures series, redefining the way consumers view Poligrip and how society consumes dating shows.”