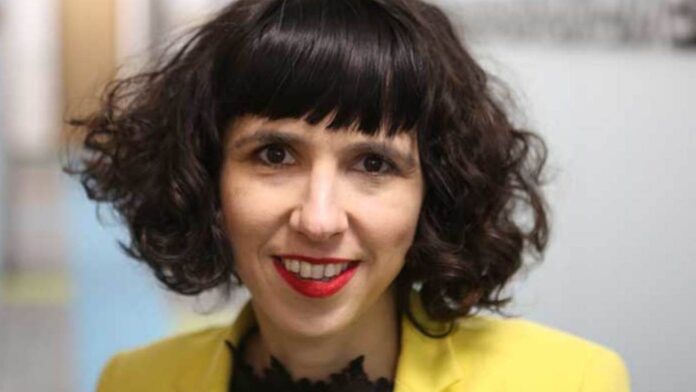 JOE Media has significantly strengthened its editorial offering with the appointment of BBC News editor Serena Kutchinsky as Director of Editorial.

The content maker said the move will drive its dominance as the UK’s leading male-focused socially led publisher.

Kutchinsky, who is a self-professed champion of original journalism and has a strong background in writing about male lifestyle and health, will drive JOE’s commitment to tackling often-overlooked issues in a credible and considered way.

As well as managing JOE’s growing newsroom of writers both in London and Manchester, she will be charged with spearheading the publisher’s campaigning journalism that aims to shed light on major social issues covering everything from politics to mental health.

She will also oversee their portfolio of original shows including the highly successful House of Rugby.

Kutchinsky, who takes up the role this week, has most recently worked as an Assistant Editor at BBC Newsbeat and Radio 1/1Xtra. She also spent two years as a senior journalist and later Editorial Lead for BBC Three.

“JOE is a unique publisher in that it gives voice to the things that matter to men but aren’t spoken about”, Kutchinsky said.

“There is a lot out there from a female perspective but men’s voices aren’t heard as much. When platforms are given to men, they speak up, so it is our responsibility to fill that space and tell their stories.

“Let’s end this stiff upper lip that hangs over British men and be open and honest about the challenges they face – whether that’s around mental health, relationships, sexual function or body image, or about less taboo topics like parenting and wellness.”

She added: “This is an incredibly exciting move for me and I feel that my editorial values are perfectly aligned with JOE’s willingness to tackle difficult issues head on.

“JOE is fulfilling a hugely important role in UK media and this opportunity is unrivalled in both scope and scale.”

During Kutchinsky’s time as Editorial Lead at BBC Three the team won a Foreign Press Award and was nominated for an Amnesty Media Award for a long read which looked at the impact of the gig economy on mental health.

The article was based on the BBC’s Bafta-winning drama ‘Killed By My Debt’.

Samuel Regan-Asante, CEO of JOE Media, said: “We are investing heavily in our talent at JOE and Serena’s appointment represents a significant gear shift for us.

“Our editorial output is the cornerstone of our offering and is why we have such a large and committed social following.

“That someone of Serena’s calibre can see the motivation and aspirations that drives JOE is external validation of everything we already know about where male-focused publishing needs to go if we are to move important conversations forward.

“JOE has a long held reputation as a credible voice in the world of sport and politics, and we are now building on that by broadening the focus of our content.

“With Serena leading our editorial teams we will be forging ahead with the exploration of subjects that are important to modern men, making them accessible and, ultimately, shining a spotlight on important conversations that need to be given a platform.”

JOE Media has been under new ownership and management since July 2020 when it was bought by technology and media investment firm Greencastle Capital.

Kutchinsky’s appointment is the latest in a number of significant hires by incoming CEO Regan-Asante.