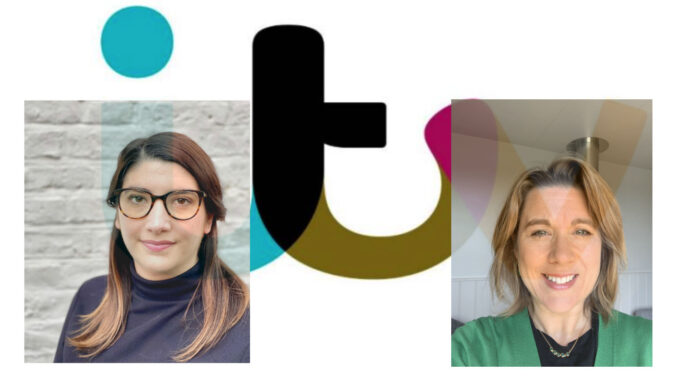 ITV has named Sarah Clarke as Chief Operations Officer and Jane Stiller as Chief Marketing Officer of its new Media and Entertainment Division.

Both roles will report to Kevin Lygo, MD of the Media and Entertainment Division, who commented on the announcement:

“I am really pleased to be able to promote two of ITV’s most talented execs to these two new roles.

“Both will be at the heart of ITV’s transformation into a digitally led media and entertainment company.

“Jane is an exceptional marketeer with the experience and ability to lead her teams as we accelerate our transition to digital data driven marketing while ensuring we continue to attract millions of viewers to our linear and on demand shows.

“Sarah has over 20 years’ experience in media law but what marks her out is the commercial judgement she brings and the ability to build and maintain strong and effective working relationships within ITV and with our external partners.

“I have huge confidence in Sarah’s ability to drive and deliver the operational priorities of the entire Media and Entertainment division.”

The new Chief Marketing Officer will be responsible for delivering marketing strategy across ITV, both within its Media and Entertainment division to maximise mass simultaneous reach for its family of channels and to develop and grow its digital products within On Demand services.

The Chief Operations Officer’s role will be fundamental to delivering operational priorities across ITV’s Media & Entertainment division, including day to day leadership of Legal and Business Affairs, HR and Operations teams.

Jane Stiller moves into the Chief Marketing Officer role from her current position as ITV Director of Media where her achievements included award-winning media strategy and delivery for the launch of Britbox and the Britain Get Talking mental health awareness campaign.

Stiller joined ITV from her previous role as Head of Marketing at Marks & Spencer.

“Rufus and the team have done an amazing job modernising the ITV brand, and I look forward to building on that legacy, accelerating growth in on-demand and using our data to super charge our marketing.

A member of ITV’s Executive Leadership Team, Sarah Clarke will bring to the Chief Operations Officer role her experience from ten years working at a senior level within the Broadcast, Legal and Business Affairs team at ITV.

In her current position as Director of Legal and Business Affairs, Broadcast, she has a leading role in the development, strategic planning and daily management of ITV’s Broadcast business.

Prior to joining ITV, Sarah was a Senior Associate in the Corporate Media Department at Reed Smith LLP.

Clarke said: “I am really excited to be appointed to this new role in our new Media and Entertainment Division.

“I look forward to being part of the management team that helps lead ITV’s transformation and to ensure all of our operations play their role in delivering our strategy.”

The UK channel is now establishing the new Media and Entertainment Division with two new business units – Broadcast and On-Demand.

The Broadcast business will continue to deliver ITV’s USP of mass simultaneous reach. Its main channel provides 95% of commercial audiences over five million and will remain the home of award-winning drama, the biggest entertainment shows, sport that grips the nation and ITV’s hugely popular news and Daytime shows.

The On-Demand business unit will be the focus of digital product development and growth for ITV.

It will grow its online offering by providing new content that appeals to audiences who already do most or all of their viewing on demand and will serve it to them in whatever way they want to access it.

The process of restructuring has now started and will be fully complete by the end of March 2021.