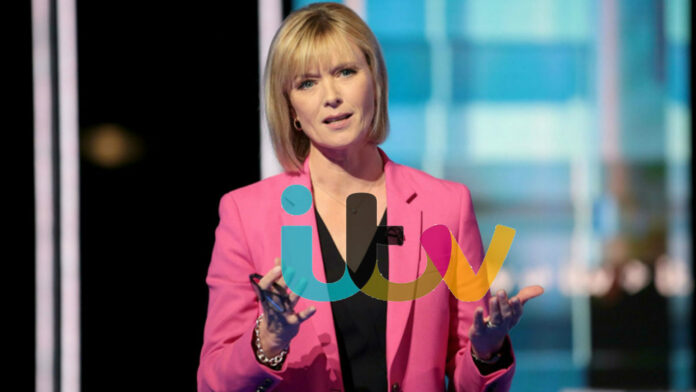 If you haven’t had your fill of election stuff lately, you’ll be delighted to hear that ITV has confirmed details of its second General Election debate to which seven parties will be invited.

And comprehensive plans have been laid out for overall election coverage, including for the night of the vote and the following day.

Following Johnson V Corbyn: The ITV Debate [8pm] and The ITV Election Interviews [10pm] on 19 November, ITV will broadcast a two hour long debate programme The ITV Election Debate from 7pm on 1 December, which will be moderated by Julie Etchingham.

The Conservatives, Labour, the Liberal Democrats, the SNP, the Brexit Party, the Greens and Plaid Cymru have all been invited to this debate.

In the lead up to the General Election, for the first time, ITV News has launched a daily election podcast called Calling Peston.

Currently available from all usual podcast providers, ITV News Political Correspondents Daniel Hewitt and Shehab Khan discuss the day’s election news with an array of guests from the campaign trail – and make a daily call to ITV’s Political Editor Robert Peston to get his unique perspective on how events are unfolding.

Robert’s weekly show, Peston,  will also air throughout the campaign.

ITV Evening News will go on the road, with Mary Nightingale presenting once a week from each of the four nations.

This allows the programme to examine the issues that are key to voters in each nation.

As part of News at Ten, National Editor Allegra Stratton presents a new series called Battlegrounds 2019, travelling around the UK to test the key themes that will shape the outcome in many of the country’s constituencies.

ITV News has “target teams” out on the road with GB-wide parties throughout their campaigns up to election night. They contribute to ITV News’ three daily bulletins as well as providing commentary, updates and insight for our digital platforms.

The ITV News website has introduced a daily What You Need to Know guide, which runs through the latest developments over the last 24 hours of the campaign.

And for the first time there is a dedicated digital unit, which will scrutinise parties’ use of social media and digital platforms to get their messages to voters.

Tom Bradby will return as anchor for the election night programme accompanied by high profile guests as he guides viewers through the results as they come in.

The day after the election, Julie Etchingham will present a special programme from 9am analysing all the fallout from the previous night’s result.