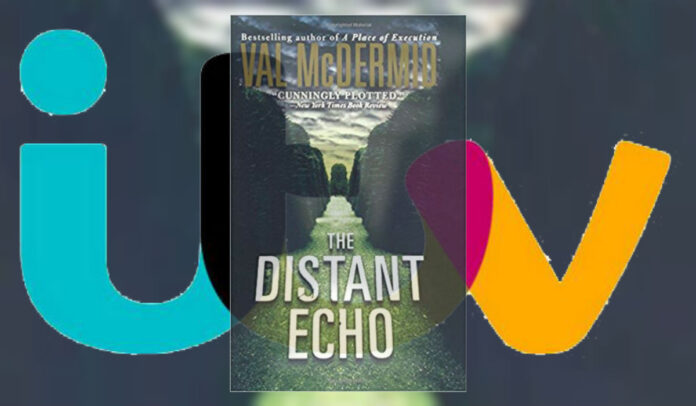 ITV has commissioned a new cold case murder series based on the novels of Scottish crime writer, Val McDermid.

The drama currently has the working title of Karie Pirie – the fictional detective in charge of the cases. The series is being produced by World Productions, which brought us Line of Duty and Bodyguard.

Adapted by Emer Kenny (Harlots, Save Me Too) Karen Pirie is based on the novel, The Distant Echo. It’s the first in a series of best-selling novels about the young Scottish female detective. It’s set in the beautiful university town of St Andrew’s.

Pirie is a refreshingly normal and charmingly unfashionable young woman, ITV explained. Slick, maverick cop she is not – but her quick mouth and ingenuity make her an impressive investigator.

Following her promotion to Police Scotland’s Historic Cases Unit, Pirie is tasked with reopening the investigation into a murder that has been the subject of a provocative true crime podcast.

When teenage barmaid Rosie Duff was stabbed to death in 1995, suspicion fell on the three drunken students who discovered her body.

But despite police suspicion, the boys were never charged.

Nearly 25 years on, DS Karen Pirie is determined to uncover what happened that fateful night. Do the men know more than they previously revealed?

When Pirie uncovers flaws in the initial investigation, she finds herself in conflict with the very officers who led the original hunt for the killer.

Karen Pirie has been commissioned for ITV by Head of Drama, Polly Hill. Drama Commissioner Huw Kennair Jones will oversee production from the channel’s perspective.

“We’re thrilled to be working with Simon Heath and World Productions to bring such an exciting new series to the ITV audience.”

World has been producing critically acclaimed, award winning drama since 1990. It was awarded Best Independent Production Company at both the Broadcast Awards and the Edinburgh TV Festival in 2019.

Heath said: “Emer is a new and exciting voice who brings a witty, contemporary take to Val’s brilliant and much-loved Karen Pirie novels.

“We’re delighted that ITV has given us the chance to bring them to the screen.”

Emer Kenny is a writer and actress whose credits include Harlots, Save Me and EastEnders.

Kenny added: “From the moment I read that Karen Pirie orders a Bacardi Breezer as her after-work drink (other brands of alco-pop are available) I knew that she was the detective for me.

“Val is the queen of crime for good reason and I’m honoured to be bringing her creation to a TV audience, especially for ITV which has been home to some of my favourite detective shows, from Broadchurch to Prime Suspect.

“Of course, I’m delighted to be working with World Productions again, who really know their way around a crime drama.”

The novels of celebrated crime writer Val McDermid have sold over 16 million copies worldwide. The Hill Jordan series of novels was adapted into Wire in the Blood starring Robson Green for ITV.

Commenting on the ITV commission, McDermid said: ‘I’m sure this adaptation will bring Karen many new fans as well as delighting her existing ones.

“Karen and the Historic Cases Unit are in very safe hands!’

Filming will take place in Scotland and details of casting will be advised in the coming months.

International distribution for Karen Pirie will be handled by ITV Studios.