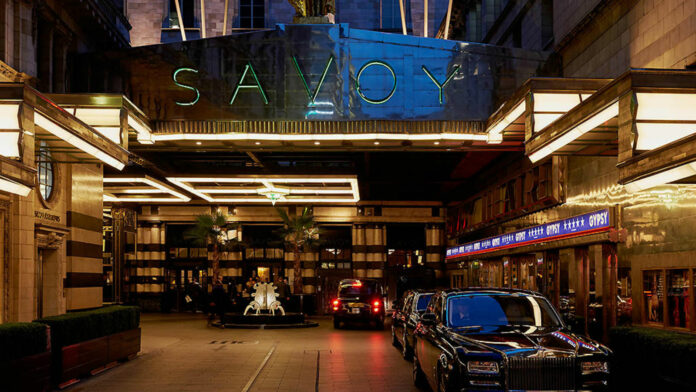 ITV is set to take viewers into the luxurious and entitled world of the rich with a documentary on London’s plush Savoy Hotel.

A hotel filled with glamour, elegance, history and character and truly the first luxury hotel in Britain, The Savoy has sat alongside the River Thames for over 130 years.

It has hosted rock stars and royalty, Oscar winners and prime ministers and now it’s opening its doors to ITV viewers as we step across its famous Strand forecourt and into The Savoy.

Filmed over the incredibly busy winter season, the five one-hour-episode series will give viewers a glimpse into the experiences of being a guest at this iconic hotel and share the real-life characters behind-the-scenes, and the challenges they face to make the magic happen with their hard work and attention to detail.

The programme Idea was developed by Fernando De Jesus.

“We cannot wait to take viewers on a wondrous journey through this amazing hotel”, Lisa Edwards said.

“It’s a privilege to be able to share the stories of the hotel though the high standards of the staff who work tirelessly and the guests who enjoy the five-star service.”

“With unparalleled access to the intoxicating world of this most iconic of British institutions, this is the story of The Savoy as we have never seen before.

“The immersive innovation of the rig promises an extraordinary insight into the real drama and intrigue of one of the world’s most glamorous hotels.”