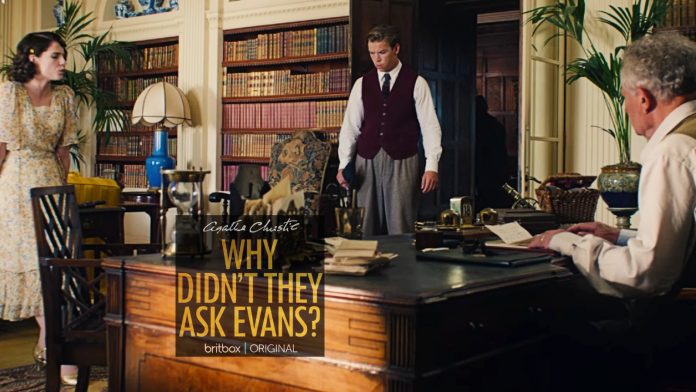 Terrestrial UK broadcaster ITV has reported a rise in first quarter revenue, boosted by a 16% jump in advertising revenue.

Its content creation unit ITV Studios performed even better generating a 24% rise in revenue to £458m.

Among the shows it delivered in the quarter were Holding, Why Didn’t They Ask Evans (main pic), Noughts and Crosses (Series 2), Murder in Provence and Physical (Series 2).

“We are focused on the three core drivers of value for ITV. We are growing Studios with a strong quarter and an exciting pipeline of scripted and unscripted programmes as we further diversify the business by genre, by geography and by customer and grow ahead of the market.

“In Media and Entertainment, we maintained the strength of our linear business where we secured 93% of the largest commercial audiences.

“And we are making good progress in our goal to supercharge streaming by increasing our hours of content by 50% in the quarter to 6,000 hours and making available the majority of scripted programmes in full for streaming at the same time as the initial broadcast.

“All of this provides a solid foundation for ITVX – our free, ad-funded streaming service – which is on track for launch in Q4 and we remain confident that we will deliver at least £750 million of digital revenue by 2026.

“We welcome the Government’s recognition in the Media White Paper of the huge value the Public Service Broadcasters (PSBs) deliver to the UK and their determination to reform the legal and regulatory framework to ensure PSBs, including ITV, have prominence, inclusion and fair value for their content and therefore are able to continue to thrive in the future.”

Despite the strong Q1 performance, ITV said in its outlook that advertising comparatives will get much tougher in Q2 and Q3 against the Euro Football championships in 2021 and that it was also mindful of the macroeconomic and geopolitical uncertainty – with the struggles many consumers are facing with rising cost of living prices and the uncertainty created by Russia’s invasion of Ukraine.

ITV’s shares were trading just under half a percent higher at 67p. The shares plummeted in March after the market became concerned about ITV’s streaming ambitions and ability to compete in a market dominated by US rivals such as Netflix and Amazon Prime.