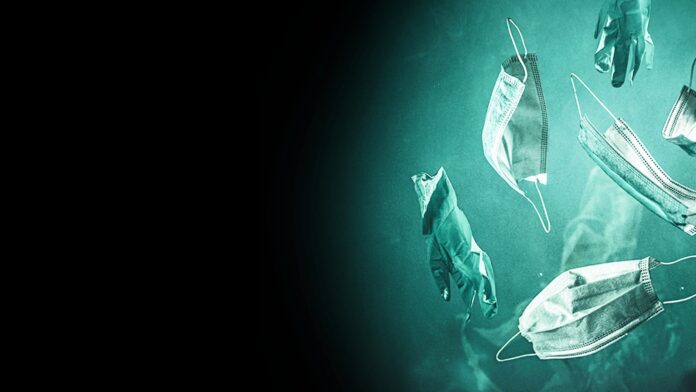 A new UK study has revealed that a third of Generation Z (32% of those aged 18-24) and Millennials (34% of those aged 25-40) think that ‘for a lot of environmental problems, it’s already too late to make a difference’.

Even worse, one in six of Generation Z (16%) and 18% of Millennials think there is no point in doing anything about climate change more broadly, as it’s already too late to save the planet.

By comparison, only 8% of Generation X and 4% of Baby Boomers agree. Across all age groups, men (14%) are twice as likely as women (7%) to see climate change as a lost cause.

COP26 – Is it too late to save the planet

The grim findings come from the latest Eco-Index 2021 report from market research company Savanta, which analysed the views on climate change and sustainability of 2,000 UK adults ahead of the COP26 Climate Summit taking place in Glasgow in November.

A similar number of younger UK adults – 15% of Generation Z and 17% of Millennials – also think that they don’t need to do anything on climate change themselves because other people are working on it.

Again, only 7% of Generation X and 3% of Baby Boomers agree with that viewpoint.

In fact, those two age groups are the most likely to agree with the statement that ‘I should do something about climate change because we can all make a difference’.

The report also found that more than one in five UK adults (22%) believe businesses use environmentally-friendly credentials to promote their image without taking real action, while more than half (52%) believe the world will fail to meet the goal of limiting global warming to below two degrees Celsius set by the Paris Agreement.

In addition, nearly half (47%) think it’s unlikely that the UK will hit its target of Net Zero carbon emissions by 2050.

Nick Baker, chief research officer at Savanta, said: “Although most UK adults agree that climate change must be faced head-on with changes to our lifestyles and habits, especially among Generation Z and Millennials, a significant minority seem to have given up.

“What’s particularly discouraging is the number of younger people who feel their personal actions can make a difference has dropped 10 percent year-on-year.

“This cynicism and potential for passivity is deeply concerning, particularly as it’s the supposedly more idealistic younger generations who will be most impacted by climate change.

“Businesses cannot afford to be dragged into this way of thinking and will have to prove their credentials in taking direct action to beat climate change and working with the public sector to help the UK meet its targets.”

There is some positive news from the report: 71% of UK adults think they have become more environmentally-friendly over the past five years.

Almost two-thirds (64%) agree that the UK’s economic recovery from COVID-19 should prioritise a ‘green recovery’ that focuses on investment in clean energy, transport and buildings.

Nick Baker added: “Many have spoken about the recovery from COVID-19 being a golden opportunity to invest in sustainability.

“Businesses and brands that show they are able to assist in that aim will be increasingly successful as we emerge from the rigours of lockdown.”