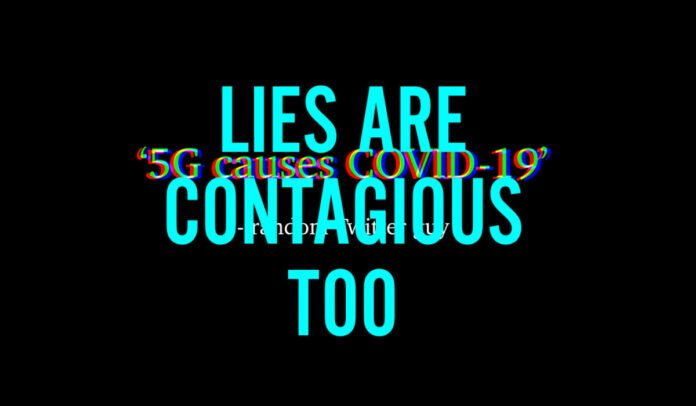 M&C Saatchi has launched ‘Find the Truth. Isolate the Lies’, a mythbusting campaign that seeks to change the way people see the sharing of stories and ‘advice’ about coronavirus.

The aim is to reframe something that ‘might be helpful’ to something which poses a serious threat to the health and wellbeing of their friends and families.

The campaign will also enable members of the public to check the facts by tagging dubious posts with #isolatethelies, a free service offered by Infotagion.

Infotagion is a free-to-use, independent fact checking service. It was set up by Damian Collins MP, ex-chair of the Culture, Media and Sport select committee; and Iconic Labs.

The free service is managed by the founders of Iconic Labs, who are leading the direction, distribution and amplification of the campaign across traditional and social media.

The ads feature bold typography, seeking to liken misinformation around COVID19 to an infectious disease.

The lead headline “Misinformation is also a disease that kills” will run alongside other messages. These include: “False facts spread fast”, and “Lies are contagious too”.

False stories currently circulating on social platforms are being used at launch; but the campaign will confront new, emerging myths as they become problems in the future.

The launch myths include:

The creative will run through social channels and digital display; confronting the issue online where the spread of misinformation is most persistent.

The campaign is designed to be supported entirely through earned media. Media owners, influencers and the public at large are encouraged to share the ads.

M&C said the work will launch first in the United Kingdom, where SKY has already made a commitment to donate space as has News UK across titles including The Sun, The Times and Talk Radio, followed swiftly by the United States and Canada.

“Alongside the rise in news coverage around COVID-19, we’ve seen an alarming increase in misinformation doing the rounds on the internet; causing harm to individuals who believe these messages”, Damian Collins MP and Founder, Infotagion, said.

We created Infotagion to encourage fact checking, and our work with M&C Saatchi raises awareness of some of the most common myths circulating at the moment, exposing them for the lies they are.”

Tom Firth, Managing Director, M&C Saatchi, added “We work on a number of public health initiatives, including creating campaigns for the NHS and PHE, and we have a vested interest in the health and wellbeing of the general public.

“We were stunned by the volume of misinformation and the speed at which it travels; and wanted to do something to help people determine fact from fiction. If you’d like to support it and help to isolate the lies, please get in touch.”

The campaign, which goes live today (Wednesday 22 April), can be viewed and shared at @Infotagion on Instagram and Twitter.