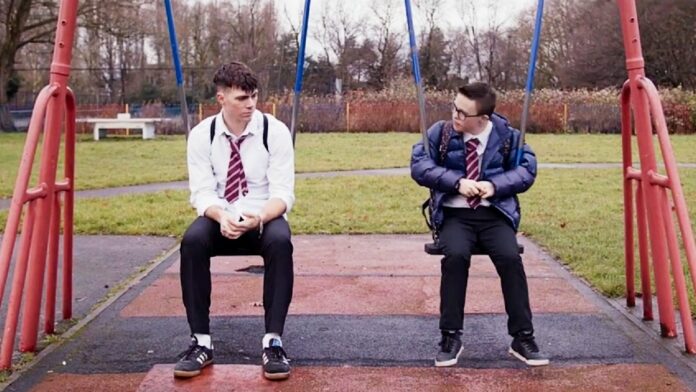 Organisers of the Iris Prize have announced the 15 filmmakers who are competing for this year’s Iris Prize Best British Short supported by Film4 and Pinewood Studios.

The films take us into some of our darker depths but also celebrate our moments of pure joy.

Diversity and representation are highly visible in many of this year’s stories.

Iris has produced a trailer of the shortlisted films (below).

Smith, is one of three Welsh filmmakers nominated alongside Eli Blose-Mason and Rosemary Baker who directed the animated Cwich Delien and dramatic Lesbian respectively.

Mencap ambassador George Webster is the charismatic star of S.A.M, directed by Neil Ely and Lloyd Eyre-Morgan who are no strangers to Iris Prize, having both been received Best of British nominations in previous years, with Lloyd winning for the hugely popular Closets.

Interestingly, their frequent collaborator as cinematographer Mat Johns has directed the nominated Inertia.

This marks the continuation of a three-year sponsorship agreement with British producer and broadcaster Film4 which will see all nominated British shorts being available to watch for free on All4 after the festival.

All the nominated films are eligible for consideration for BAFTA and can automatically be entered by the filmmakers.

Organisers said the 35 international short films competing for the Iris Prize supported by The Michael Bishop Foundation will also been announced shortly with £30,000 prize going to the winning director.

The Iris Prize continues to be the world’s largest LGBT+ short film prize.

The festival opens on Tuesday 5 October and close on Sunday 10 October, with all screenings, talks and events available online for free.

There will also be a pay-per-view catch-up service which will run until the end of October.