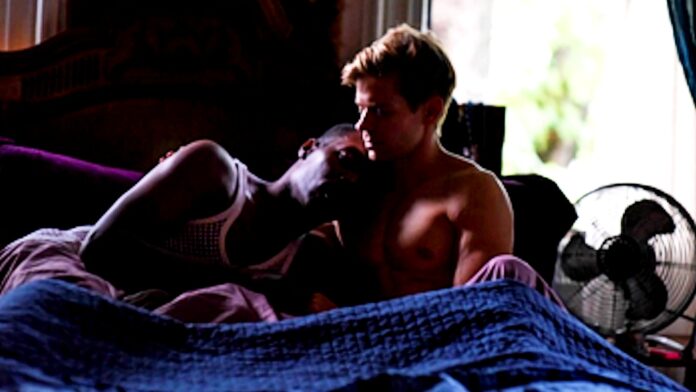 Organisers of Iris Prize, Cardiff’s International LGBT+ Film Festival, have announced the full programme of screenings and events for its 15th year, which runs in Cardiff from 5 to 10 October and online until 31 October.

And, oh, it’s good. There is a huge variety of incredibly good stories from the LGBT+ world again, and we think they’re all winners.

The shortlist of 35 international filmmakers competing for £30,000 prize money is unveiled along with 15 filmmakers who are nominated for the Best British Short film prize.

Remarkably this year’s nominees reflect a 50/50 divide of male and female filmmakers representing the full diversity and gender, including trans and non-binary individuals, actively engaging across the LGBT+ community.

Among the features films are UK premieres of new films from Bruce LaBruce and Todd Stephens along with critically acclaimed Firebird and Rebel Dykes.

There are also a wide range of talks, panel discussions and a special awards ceremony on the Saturday night.

Live music is provided by HYYTS, the up-and-coming young synth pop band from Glasgow, who have also provided music for the festival montage trailers.

Screenings will take place for the first time in Premiere Cinemas Cardiff, marking an exciting new partnership with the festival, which is close to the heart of Cardiff’s LGBT+ nightlife, along with the ever-popular Chapter.

The festival plans to offer an in-person extravaganza and after the success of last year’s virtual event, most of the 2021 programme is also being made available on-line throughout October for wider UK audiences to enjoy.

Berwyn Rowlands, Iris Prize said: “This year’s programme offers those who are ready to re-connect and meet likeminded people to watch amazing films in person a lot of choice.

“Our venues, including our new city centre home Premiere Cinemas are ready to put on a show.

“And although we are still living in a different world to when we last came together in 2019 – there will be much which is familiar, and fingers crossed a few new surprises.

“However, we are mindful that for some of our audience watching our 15th edition on-line works best.

“And looking at the numbers from last year, I’m sure that presenting the festival in person and on-line will become the norm.”

Berwyn added: “We have so much to enjoy this year I’m predicting many will take advantage of catching up with the films they missed in Cardiff during the festival week by taking advantage of the festival on-line which runs till the end of October. The best of both worlds!”

Deputy Minister for Arts and Sport, Dawn Bowden, said: “I’m delighted that Creative Wales is able to support Iris Prize again this year, in what will be the Festival’s 15th year.

“We are champions for inclusivity and diversity across the creative industries in Wales, and are proud to support an initiative that showcases Welsh creative talent within the LGTBQ+ community and takes this to a global stage.

“I’d like to wish participants the best of luck and congratulate them on their creative journeys so far.”

The Iris Prize, supported by The Michael Bishop Foundation have today announced the 35 shortlisted films in competition for the world’s largest international LGBT+ short film prize.

Iris Prize has many international partner festivals who nominated 20 of the shortlisted films, with the remainder chosen by a pre-selection jury from a record number of films entered through open submissions.

Filmmakers hail from Canada, Brazil, Philippines and for the first time, Iran and Russia. They are competing alongside Sweden, Spain, Czech Republic and UK counterparts. offering dramatically diverse representations within the global LGBT+ community, championing trans power, the exuberance of youth, and the complexity of emotionally personal stories. The one uniting factor in all 35 films is an exhilarating celebration of lives of LGBT+ people across the world.

Iris Prize has also announced the 15 filmmakers who are competing for this year’s Iris Prize Best British Short supported by Film4 and Pinewood Studios.

Additionally, UK audiences can join in the experience by watching all the nominated shorts for free online.

All the nominated films are eligible for consideration for BAFTA and can automatically be entered by the filmmakers.

You can view all the shortlisted films with extra details about the directors and images by following this link.

Iris has brought together a strong line up of international feature films to complement its shorts programmes. This year includes two UK prestigious premieres by popular filmmakers.

It stars the legendary German actor Udo Kier alongside Linda Evans (Dynasty) and Michael Urie (Ugly Betty). Both films are due to be released in UK by Peccadillo Pictures next year.

Rebel Dykes (2021), the much anticipated and highly entertaining UK documentary directed by Harri Shanahan and Sin A. Williams, offers an energetic celebration of a group of punk lesbian collective who found their own unique form of activism fighting for LGBT rights during the 70s and 80s, taking in Greenham Common and the abseiling into the House of Lords.

The film is also the centrepiece of a full day of related activities and talks at Chapter Cinema.