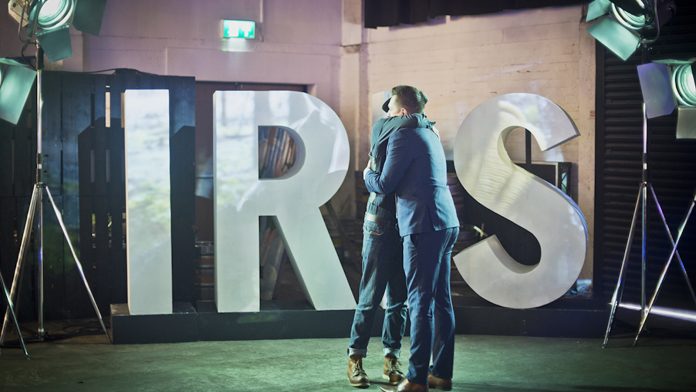 A total fund of £60,000 will support three documentary films with an annual request for ideas from filmmakers each January.

The purpose of the fund is to support queer British documentary filmmakers – with a particular emphasis on those from underrepresented groups.

Berwyn Rowlands, Festival Director said: “This is a major commitment to support the development of LGBT+ film making in the UK.

“This partnership allows the finished documentaries to be seen by a global audience thanks to the extensive network of OUTtv Media Group Inc which includes FROOT.

“The support from Aberystwyth University is both a welcome cash commitment in the individual films but also a fabulous opportunity for film makers to access the wealth of support available from the University.

“We are delighted that this fund, added to our existing commitments via the Iris Prize Best British Short Supported by Film4, will see more content being created and share with a global audience.”

Philip Webb, COO of OUTtv Media Group, said: “We are thrilled to be working with Team Iris to support the wealth of talent in the UK.

“We are very keen to support film makers who love documentaries. We want to entertain and inform audiences and new voices.”

“The purpose of the fund is to support queer British documentary filmmakers – with a particular emphasis on those from underrepresented groups.”

Simon Banham, Professor of Scenography at Aberystwyth University said: “The Department of Theatre, Film and Television Studies is pleased to be involved with the Iris Prize LGBT+ Film Festival, and we very much look forward to welcoming filmmakers to Aberystwyth as they develop their projects and we are excited to see what stories they will share with a global audience.”

The application process is now open and will be run by the Iris Prize who will oversee the intake and shortlisting of the submissions to the Fund.

“This is a fantastic opportunity for British based documentary filmmakers with LGBT+ stories to share”, said Clarke.

“As a filmmaker who’s been involved with the Iris Prize I’m delighted to be working with Berwyn and the team on this exciting venture and, can’t wait to see what ideas get submitted.

“It’s a challenging time for the creative industry at the moment, so it’s great to be able to be a part of something that will help the filmmakers within the sector to flourish.”