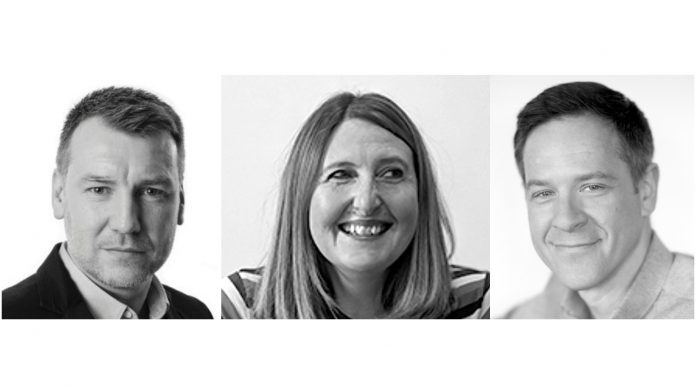 The IPA has boosted its leadership teams with the appointments of three agency heads to leadership roles across the UK.

Byron takes over as IPA Commercial Leadership Group Chair from Marc Nohr following his instrumental four years in the post.

For his agenda, Byron will be focussing on helping IPA agencies to achieve sustainable growth. A core output of which will be the flagship IPA Business Growth Conference that takes place this year on 6 July at County Hall.

Leeson had previously held several roles at the IPA including as a Council member.

As IPA Chair for Scotland, Jarvie will represent Scottish agencies at the IPA Council, while both Jarvie and Ray will serve as figureheads for the industry in their areas.

Paul Bainsfair, Director General of the IPA, said of the newly appointed agency heads: “I’m delighted to welcome Christian, Gill and James into their new positions. I know they will provide valuable guidance and expertise to our wider agency community as we continue to recover from the pandemic.

“I’d also like to take this opportunity to thank Marc, David and Mike for their years of dedication and service to the IPA.”

Full details on Byron and Jarvie’s agendas will be announced in the coming months.

Byron began his career jointly running a small publishing business alongside spells at the British Council and BBC, before joining OMD UK’s Investment team in 2001.

Working across a range of trading functions he also developed the agencies market intelligence output and led systems development for the team before being promoted to Head of Investment in 2013.

After a spell working in account management, leading accounts such as PSA and Camelot, Byron was promoted to Chief Operating Officer in 2018.

He is now responsible for helping the agency to maximise operational efficiency and commercial performance, whilst developing the operational models and capabilities needed to meet the rapidly evolving needs of OMD UK’s clients.

Jarvie started her career in media sales working on brands such as the Daily Mail and Virgin Radio, before moving agency side to Faulds Advertising where her clients included Royal Bank of Scotland and The Macallan.

She then spent 10 years at Feather Brooksbank (latterly Carat), as Board Director heading up Comms Planning and working with clients such as Standard Life, VisitScotland and EasyJet.

Following a two-year career break in which she moved to Montreal with her husband and two young boys, she spent two years in Washington DC where she worked as a consultant and gained her diploma in Digital Marketing.

Seven years ago, Jarvie returned from the USA and joined independent media agency start up Republic of Media.

She has helped to grow the company from five people to 63 with billings of over £100m.

A Director at Republic of Media, she currently heads up Client Service in the Edinburgh office and spearheads the Scottish Government account.

Jarvie is passionate about social and behaviour change marketing. She is also involved in a number of groups promoting the role of women in advertising and marketing.

Joining Armadillo in 1996, Ray rose from Account Executive through to Managing Director, and in 2017 he became CEO after leading a successful management buy-out.

His expert knowledge and drive have seen him spearhead Armadillo’s evolution into one of the UK’s most successful independent CRM specialists.

With a hybrid of skills and experience covering data, planning and client service, Ray is a leader who delivers inspired strategic direction with a down to earth attitude.