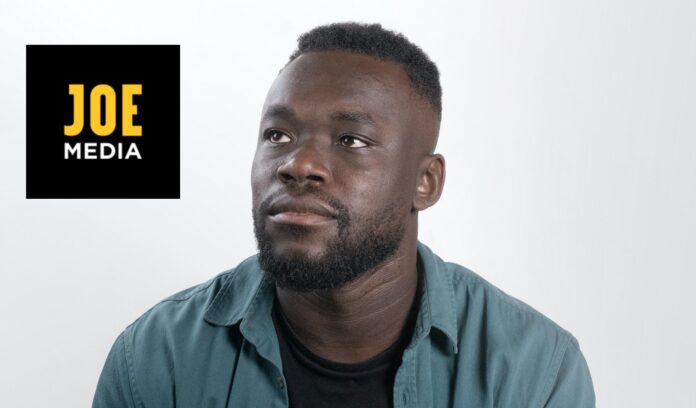 JOE Media was acquired by Greencastle Capital last year and is now in the midst of an overall and relaunch which will see it go after new content channels alongside a huge investment in resources and people.

So we caught up with Samuel to hear what his plans are for the thriving company, which include going after the gaming market and being a champion of diversity and super progressive as a business.

He also discusses how media is changing in the shadow of major events and why audiences now want much more from their content than simply entertainment.

He also talks about the challenges of getting into the role in the midst of a global lockdown and who he is inspired by.

He also reveals that the company has appointed a “super talented”, but as yet unannounced new editorial director to drive forward the firm’s content strategy…

Before taking the helm at JOE Media, Samuel Regan-Asante, was one of the co-founders of Iconic Labs, now listed on the London Stock exchange, and he spent five years at popular content factory UNILAD.

Why brands need to find and nurture their Super Fans