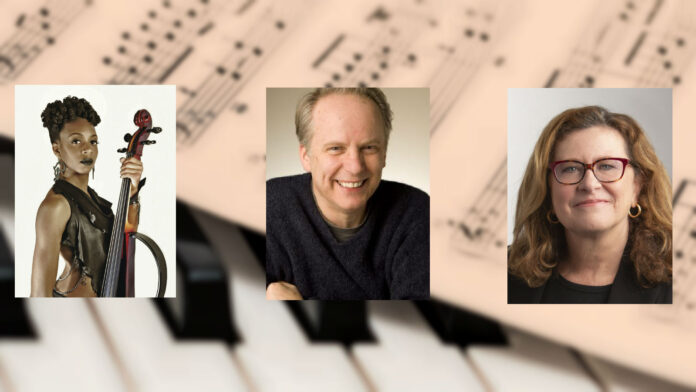 After an unprecedented year of anxiety, turmoil and uncertainty, a group of leading musicians, marketers and creatives have come together to reveal the music and sounds  that shaped their experiences of 2020.

Powered by creative music agency DLMDD, The Year of Sound is a time capsule collection of powerful, intimate stories about how music and sounds have impacted the lives of some of the world’s leading marketers, musicians and artists.

Each story is different but they are all united in the innate human requirement for emotion, connection and inspiration.

The initiative brings together eye-opening responses from more than 40 world-renowned musicians, marketers, and creatives including:

Erin McCullough, Brand Music Consultant at DLMDD comments: “Events of the last year have led people around the world to reveal tales of sadness, loneliness, loss, unemployment, anger and anxiety.

“But more than ever music has been used, appreciated and needed.

“We launched The Year of Sound to discover how music and sound have impacted our lives in 2020 and are humbled that so many distinguished musicians, creatives and brand leaders have taken part to offer their insight and opinion.

“The initiative has shown that music has the unique power to lift us up when we are low, calm us in moments of panic, bring us to a different world altogether or ground us in the present moment.”

Connection through music and sound comes in all shapes and sizes. Something as simple as sharing a song with someone lets them know you’re thinking about them.

Music has also provided a necessary tonic for the work from home / live at work balance a lot of us have struggled with.

The right soundtrack can immediately transform a kitchen clean-up into a raving disco hall.

Sam Walker, Head of Marketing Campaigns at Co-op comments: “We got the kids dancing through lockdown (way too much of the Frozen soundtrack).

“It’s helped calm stressful moments and brought us together.”

During lockdown the regular cacophony of city noise across the globe diminished to an eerie hum; leaving us with space to reflect on the importance of the sound of our surroundings, and the awareness to appreciate them, such as the simple power of walking in nature, listening to the birds, the crunch of leaves, waves crashing, rain pouring.

“In the first lockdown of spring this year I found the absence of road traffic made each morning’s dawn chorus much clearer”, said Nick Park, Animator and Director at Aardman Animation internationally known for his work on Wallace & Gromit and Shaun the Sheep.

There’s something unique about the thrill of finding a new artist or song that you instantly adore.

At the same time, established artists have been afforded the space and time to work on new music at an unprecedented rate, with full length albums emerging from Sam Smith, Ariana Grande, Charli XCX, Miley Cyrus, and Taylor Swift.

Billie Eilish even said she had made the best songs of her career to date this year, which wouldn’t have been possible in ‘normal’ circumstances.

Nick Gill, Creative Director at BBH, commented: “I’m told that people cling onto familiar and reassuring things in times of conflict and change. I’m the opposite.

“My appetite for discovery, whether in music or film, is as voracious as it’s ever been.”

We have also seen outpourings of love for the memories, emotions and opportunity for reflection that trusted old favourites can have on us.

You never notice your favourite songs slipping out of your playlists, but rediscovering them years down the line is pure magic.

Nostalgia is bittersweet, but special all the same, and music has the innate ability to bring us back to a certain time, person, or place.

And however painful or joyful the rediscovery of old music can feel, it’s mostly been a welcome escape we’ve all needed in 2020.

“The sound of Ray Charles singing America was enough to have me weeping.”

Raja Rajamannar, Chief Marketing and Communications Officer at Mastercard, said: “During times of high emotion – whether upset, scared, or frustrated – music plays a role in helping us feel and move through these emotions.”

The Year of Sound initiative can be viewed in full online here.

DLMDD’s McCullough added: “With the arts industry slowly crumbling around us, it is reported that a whole generation of artists, composers, musicians and singers are on the brink of giving up.

“It is now more important than ever that we treat art and music not as a commodity, but a powerful tool for the fabric of societies across the world.

Surviving 2020: Cat Davis looks back at the year everything changed

Audio ads could boost sales from Black Friday and beyond

Why clever data use is key to marketing and driving growth

What the Ad Net Zero report really means for OOH