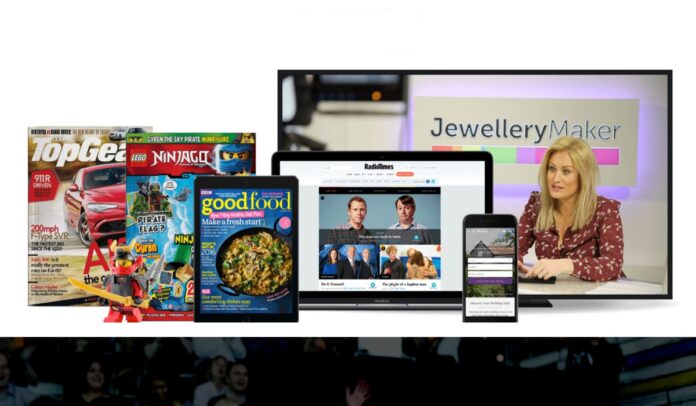 Immediate Media Co has reported a rise in circulation across its stable of magazines, with digital content seeing a 291% rise.

“These results show the continued strength and value of our special interest brands on the newsstand, as Immediate maintains its market-leading position in TV premium, gardening, food and Youth and Children’s”, Tom Bureau, Immediate CEO, said.

“In addition to strong performances in print, our titles continue to extend their reach through record-breaking digital growth for Radio Times, BBC Gardeners’ World magazine, Olive and BBC Good Food.

Radio Times remains the UK’s biggest-selling quality magazine, with a weekly combined ABC of 529,263, up 1.9% period-on-period.

The magazine generated £48.02m in Retail Sales Value in 2019, retaining its position as the most valuable brand on the UK newsstand.

The brand continues to reach new audiences, with a 35% year-on-year growth in visitors to RadioTimes.com, including a record-breaking 18.2 million monthly unique visitors in July 2019.

Immediate remains the UK’s leading Food publisher, with a strong performance across its portfolio, including BBC Good Food, Easy Cook, Home Cooking Series, and olive, outperforming the market in terms of both volume and value.

In the first full year of Immediate ownership, BBC Good Food retained its position as the nation’s number one food media brand, reporting a combined ABC of 181,251, up 15.3% period-on-period.

In 2019 it also launched a new podcast series with Tom Kerridge, which received over 50,000 listens in its first eight weeks.

The firm’s ‘olive’ brand delivered its best ABC performance for two years, up an impressive 16.3% period-on-period and up 3.5% year-on-year to 29,369, outperforming the rest of the food market.

The brand continues to increase its reach across all platforms, with olivemagazine.com having its best ever month in December 2019, with a record breaking 7.1 million page-views, up 99% YoY.

BBC Gardeners’ World magazine maintained its number one market position with a combined ABC of 170,295, up 0.1% on the year and remains the brand with the biggest monthly readership in the general interest magazine market.

Digital site gardenersworld.com also continued to grow reach, increasing its audience by 20% in 2019.

Immediate is also the number one publisher in the Children’s market, reflecting the strength of its titles and breadth of portfolio, with a combined ABC circulation of 871,900 up 16% year-on-year and 26% period-on-period.