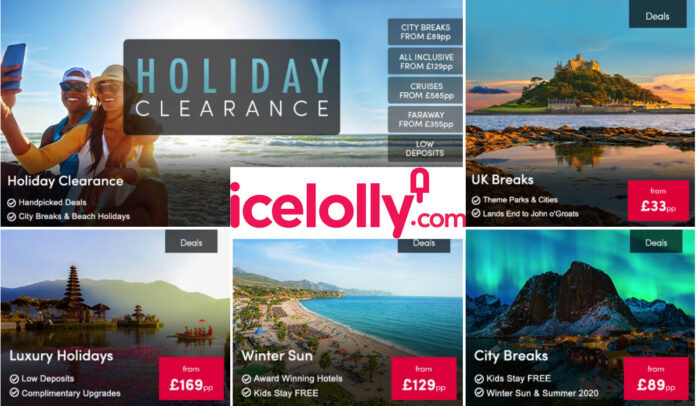 We love blasting the January blues by checking out hot holiday destinations and icelolly.com said we’re not the only ones.

The holiday price comparison site has reported a surge in the number of searches on its platform.

The firm said it experienced the sharp increase in searches began with a Boxing Day bonanza that saw volumes 91% higher than the pre-December 26 average.

With searches for February departures up 92% YoY and volumes doubling for March, the pre-summer period accounted for a 10% higher share of searches on icelolly.com than the same period last year.

Spain, Greece and Portugal are the most popular destinations in Europe. Portugal had the largest increase in searches (49%). Poland has proved to be a standout performer, with searches for Krakow increasing by over 600%.

With searches more than doubling, the USA alone is now a more popular destination than Egypt among icelolly.com customers.

Egypt searches have grown by 27% overall YoY. And while Sharm el Sheikh is well up in terms of searches vs the same period in 2019 (+600%), it remains less popular than Hurghada and, further afield, Marrakech and Cape Verde.

“This time last year there was uncertainty around Brexit and many customers were delaying their holiday decision,” explained Richard Singer, CEO, icelolly.com.

“One year on, the General Election result, clarity on the UK’s withdrawal from the EU and a resurgent pound has provided a huge boost in consumer confidence in the early weeks of 2020. This is illustrated by the marked increase in customers researching and booking their holiday here at icelolly.com.”

“The strength of the pound versus the dollar has led to a substantial increase in interest for US holidays, which were up by 226%.

“With the return of Sharm El Sheikh and Tunisia to the mainstream, we’re also seeing a knock-on effect in Spain, Portugal, the Canaries and Greece, where discounting has helped them cement their position as our most popular EU destinations.

“With the Brexit deadline just a few days away, any deal is set to include a transitional period through to 31 December which should give customers confidence to book their 2020 holiday.

“We are very optimistic about this year”.