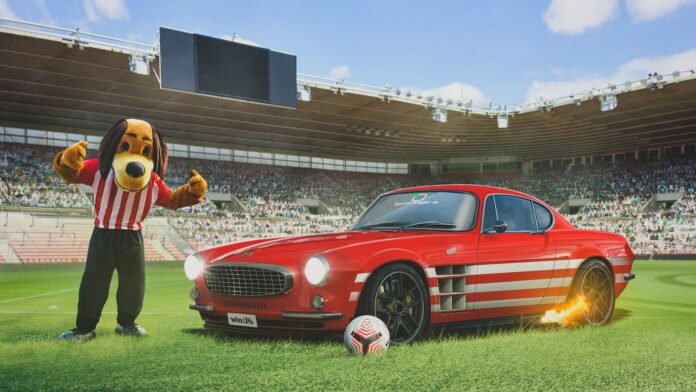 Online car marketplace heycar said it drove its brand awareness to new heights through an innovative FA Cup campaign that brought fans closer to the game while stadiums were shut.

Its sponsorship of the FA Cup coverage on BT Sport was supported by a campaign that spanned real-world activations, digital and paid media, all with the goal to further amplify heycar’s feel good proposition to a captive audience of football fans.

The campaign drove brand awareness up by 61% between the start of the sponsorship and the height of the games, 82 media insertions with a reach of 74 million while social activity generated over six million impressions and one million engagements.

The TV sponsorship deal itself covered 14 live matches between January and May and was brokered by PHD Media and Sky.

Creative was produced by Atomic, keeping to the theme of heycar’s brand message – buying a car never felt so good with heycar.

The deal consisted of heycar broadcast idents delivered before, during and after the FA Cup coverage on BT Sport, targeting the key audience of ABC1 Men.

The highest performing match saw over 1.1 million tune in, the firm said. A supporting campaign of branding on perimeter boards at key matches throughout the competition was brokered by PHD.

To support this high profile TV sponsorship and ensure heycar got the maximum value from its connection to the esteemed football competition, an integrated PR and digital campaign was devised by agency Democracy.

This sought to bring the romance of the FA Cup to life despite fans not being able to be there in person.

It consisted of three main strands of activity. Stories On The Road To The FA Cup, Beep Chants and FA Cup Renders.

Stories On The Road To The FA Cup saw heycar partner with acclaimed broadcaster and former pro footballer Jermaine Jenas for a content series.

It saw him connect with football fans across the UK, sharing favourite moments from classic FA Cup games and the road trips they took to get there, along with his top footballing memories and his incisive opinions on this year’s tournament.

This along with activity which saw fans sharing their fondest FA Cup stories generated 51 insertions, reaching over 67 million potential customers.

Along with the atmosphere provided by crowds, football’s most celebrated chants were missing from the 2021 FA Cup as fans were forced to stay at home, so heycar re-created some of the most iconic club chants using the sound of car horns with the help of a music producer.

This saw composer Hussein Ramadam record 60 individual car horns before turning them into a new take on familiar chants from leading teams. Content from the activity reached 680,000 readers across the nation.

These were made into animated videos to promote on social media and through press, capturing the behind the scenes for link building to show just how innovative heycar is when it comes to bringing the feel good factor.

The creation of the FA Cup Renders saw heycar combine the world of cars and football through a full-throttle collection of FA Cup-themed supercars courtesy of acclaimed car design king Al-Yasid Oozeear.

He created a collection of incredible motors based on the teams playing in the quarter final.

Tracy Woods, Chief Marketing officer at heycar, said: “The FA Cup is the most cherished club competition in the world.

“But this year, fans were unable to enjoy the highs and lows in person at football grounds.

“Our FA Cup campaign sought to keep the magic of the competition alive for its millions of devoted fans – while crafting our own story that brought together football, cars and the feel good feeling we are committed to putting back into car buying.

“Our partners at PHD, Sky Media, Atomic London and Democracy delivered stand-out results that helped us achieve our objective of raising brand awareness to new levels among higher intent audiences.

“We are committed to pushing boundaries with our marketing activity as we attempt to raise the bar in our industry.

“Our FA Cup campaign has shown we’re onto a winner.”