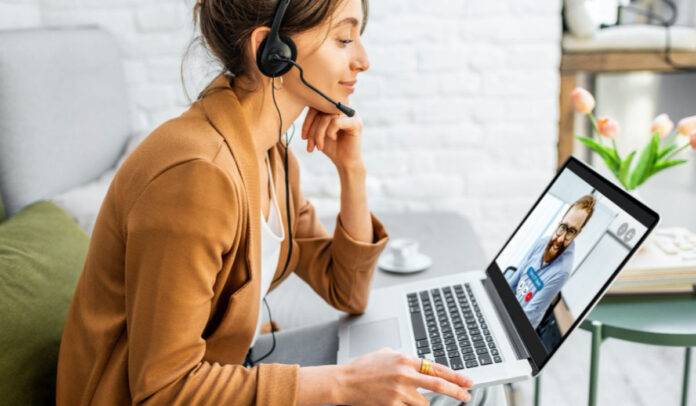 When it comes to work, as with most other aspect of our lives, the impact of COVID-19 has turned the perceived ‘norm’ completely on its head.

Posterscope sees a new normal which has placed the entire nation in a much more local sphere of movement. 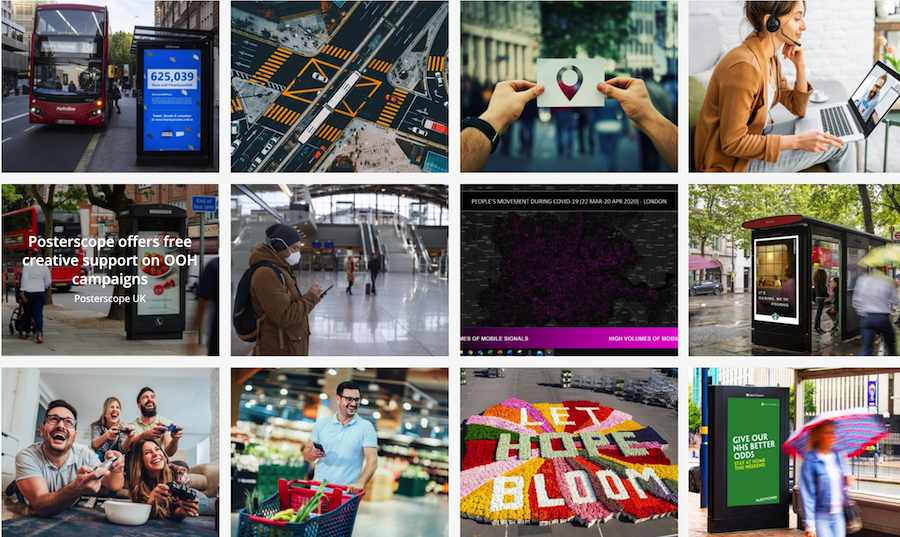 It’s probably fair to say that over the last two months just about every one of the 32.6 million people employed in the UK (ONS, 2019) has experienced unprecedented changes to their working lives, following the government’s lockdown announcement on 23 March.

For the roughly 20 million of us previously used to the relative comfort of the 9-to-5 routine and daily commute, our newfound reality of either working remotely from home or being one of the 27% of the workforce on furlough has meant embracing a whole new level of flexibility, time management and self-discipline.

Whilst the concept of working from home is not new, the circumstances in which we are doing it most certainly are.

As society has had to quickly come to terms with the new ‘normal’, we’ve had to adapt our daily routines; likely less regimented and with work, play, exercise and family all having a much more fluid share of the diary.

This presents a challenge for brands when it comes to targeting consumers in OOH.

Those audiences that were so readily accessible pre-COVID-19, where you could be pretty sure that at least twice a day our towns, cities and public transport networks would be packed with commuters going to and from their places of work, have since disappeared or at the very least have been ‘switched off’ for the foreseeable future.

City Mapper App data shows the drop off in commuter activity in the weeks leading up to Lockdown in the UK – the red graph shows the number of cases confirmed by million people, the green bars the percentage of people traveling in and out of cities and the grey line the usual expected commuter activity.

Across the three major cities in the UK we see a drop of between 80 and 90% over the month of March.

Official government data up to 3 May also shows a sharp decline particularly across London’s tube networks and National Rail, further emphasising a shift in the amounts of people using public transport to get to and from work. 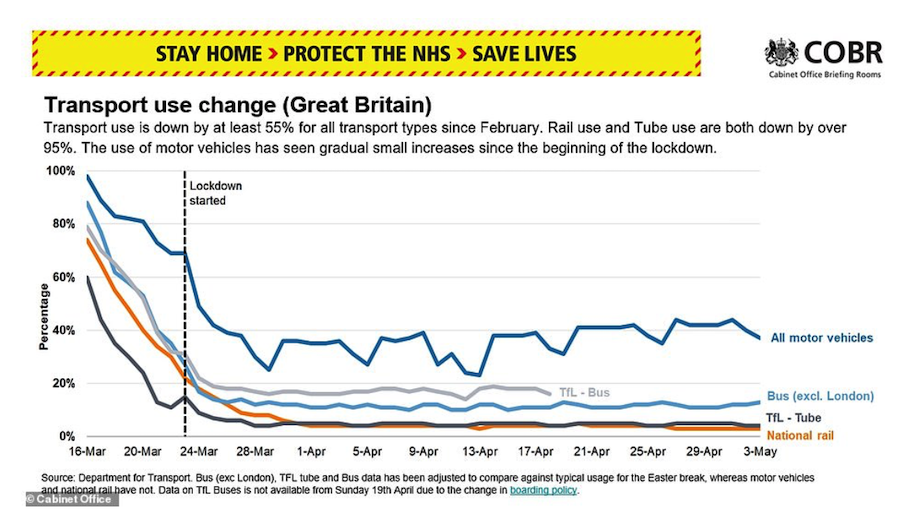 While these environments have seen a decline in foot traffic, we have seen a marked increase in footfall around convenience stores and supermarkets, with 79million extra grocery trips being made in the last four weeks.

Across the UK’s supermarkets, March saw record sales figure as shoppers rushed to stockpile ahead of the country’s coronavirus lockdown, spending an extra £1.9bn on supplies.

Market data provider Kantar and Nielsen said overall sales were up an average of 20.6% in the four weeks to 21 March. This compares with an increase of about 1.4% throughout February.

With so many of the country’s workforce currently on lockdown and working from home, the challenge for advertisers will be to understand the new behaviours and patterns emerging to be able to identify the best moments to target customers.

In the last few weeks for example, research by Nielsen revealed a decline in food categories such as deli and prepared items such as sandwiches, prepared fruit and sushi, as people take less trips to the supermarket and make and eat lunch at home.

Those sectors involving key workers, such as NHS staff, delivery drivers, refuse collection operators and bank staff, are of course still in their work and following their usual travel patterns, commuting to and from work.

As a result we’ve seen multiple examples of OOH being used by brands and organisations to reach these audiences, sharing messages of support, encouragement and thanks to our frontline workers, including the Clap For Our Carers campaign and Tesco ‘Food Love’ stories.

These examples illustrate the value of relevant and timely content, and sensitivity to the audience.

The effect COVID-19 is having on our collective movements in the OOH space is that almost everything we are doing is for the time being hyperlocal to where we live.

With a switch from high volumes of traffic in and around city centres, high streets and business districts to much more localised movement around parks and residential areas – typically not areas where classic OOH advertising has been present – the question will be how the industry reacts to counter this.

The audience is still there but just in a different place; so different touch points are therefore required to reach them. Ambient formats such as local convenience store POS; suburban bus shelter sites; takeaway bags; and coffee sleeves in local cafes are examples.

As we get to the point where we see the beginning of social distancing measures beginning to relax and some of the workforce are allowed to return to the office, we will see a gradual increase in foot traffic around the public transport hubs.

At the same time, we don’t expect a sudden return to the levels of the past for a considerably longer period.

This is because many workers will stick to their new found, flexible, home-based routines; or wait until they feel confident from a health and well-being perspective – of using public transport without fear of becoming ill.

London Mayor Sadiq Kahn has acknowledged that even with Tube ridership at five per cent of capacity, its proving difficult for people to keep their distance. If social distancing remains in place, the total carrying capacity of the Tube alone will be reduced to 13-20% of pre-crisis levels.

He believes that Londoners will be asked to continue to work from home if they can for the foreseeable future.

The predicted increases in remote working that we’ve been hearing about for some time have now been smashed, by necessity; and will now continue to evolve to become the norm after isolation ends.

With different working patterns emerging, and likely to continuously evolve in the coming months and even years, a different approach to reaching workers and commuters will be essential.

Analysis of multiple location data sources and footfall data will be crucial to understanding where people are and when, to determine how best to reach them.

The flexibility and agility of DOOH will come into its own to enable advertisers to respond to what will be a constantly shifting state in the coming months.