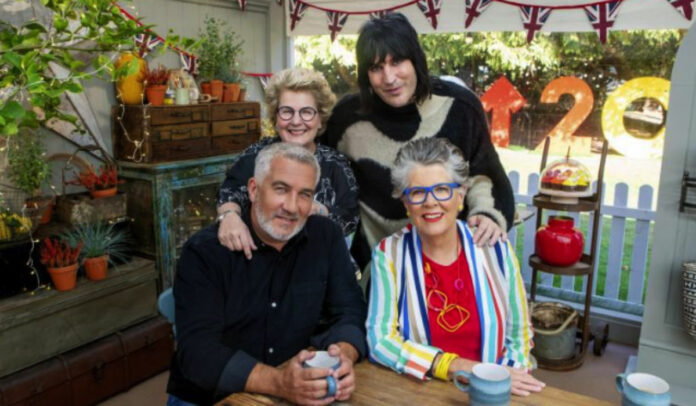 Top stars are set to join Great British Bake Off to do their bit in the fight against cancer.

They’ll compete against each other in The Great Celebrity Bake Off for Stand Up To Cancer. They’ll show off their baking prowess – or lack of – in a bid to be awarded the coveted Star Baker apron.

The five-part series will air on Channel 4 in 2020. Famous faces lining up in the equally famous tent include Oscar winning actor Richard Dreyfuss.

Four celebrities per episode will battle it out over three rounds – the Signature, the Technical and the Showstopper – in a bid to be crowned Star Baker.

Hollywood and Leith to judge

Prue Leith and Paul Hollywood will be ever present to meticulously judge each bake, be they delicious delights or devastating disasters.

Bake Off hosts Noel Fielding and Sandi Toksvig will be around to provide tea and sympathy for the celebrity bakers.

Stand Up To Cancer

The Great Celebrity Bake Off for Stand Up To Cancer was commissioned by Sarah Lazenby, head of Formats and Features at Channel 4.

“The Great Celebrity Bake Off is a key ingredient in our Stand Up To Cancer recipe”, Lazenby said.

“We’ve seen the power of using comedy and entertainment to bring awareness and raise millions of pounds to fund pioneering cancer trials.

“We hope viewers will enjoy this year’s line-up of famous bakers, there’s never a dough moment as each bring something fresh and exciting to the tent.”

Kieran Smith, executive producer, Love Productions added: “We are thrilled to be partnering up with SU2C once again and helping to raise crucial funds in the fight against cancer.